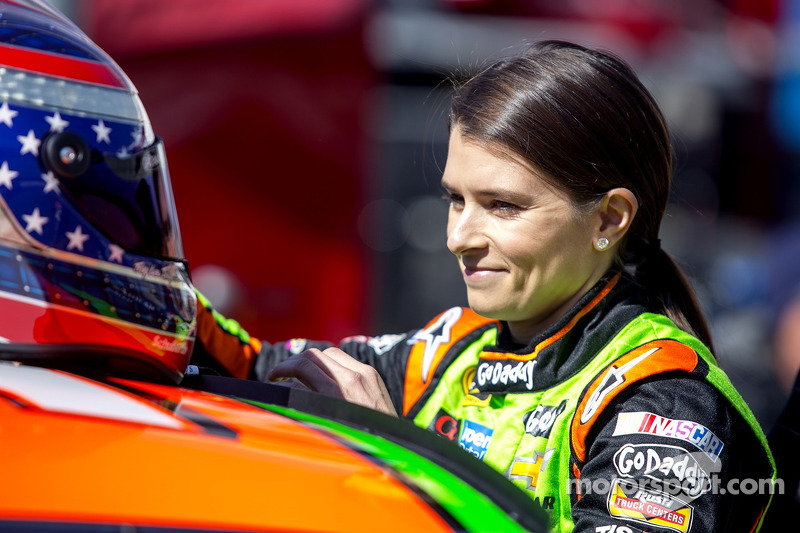 "I don’t think it was a 'light switch' for me" - Danica Patrick, about her race at Kansas Speedway last weekend.

Those are those who have described Danica Patrick’s seventh-place run last Saturday night at Kansas Speedway as a possible breakthrough.

The driver of the No. 10 Stewart-Haas Racing Chevrolet doesn’t see it that way. To Patrick, the most significant aspect of her performance was her ability to run wheel-to-wheel with the best drivers in the sport for the first time at an open-motor race track.

“It was a good weekend,” said Patrick, whose solid performances in practice and qualifying carried over into the race. “I feel like I’m feeling the car better and better, but I don’t think it was a 'light switch' for me. It was just a weekend that so many good things happened in the race, and we ran with such good cars and passed such good cars that, for me, it gives me confidence, for sure.

Patrick also appeared confident that more strong runs are in the offing.

“I think that if we keep doing what we’re doing and keep our heads down and not get flustered ... not every single weekend is going to be like that for anyone, but we’ll have more of those, for sure.”