Danica Patrick first time on Pocono 400, the 'Indy of the East' 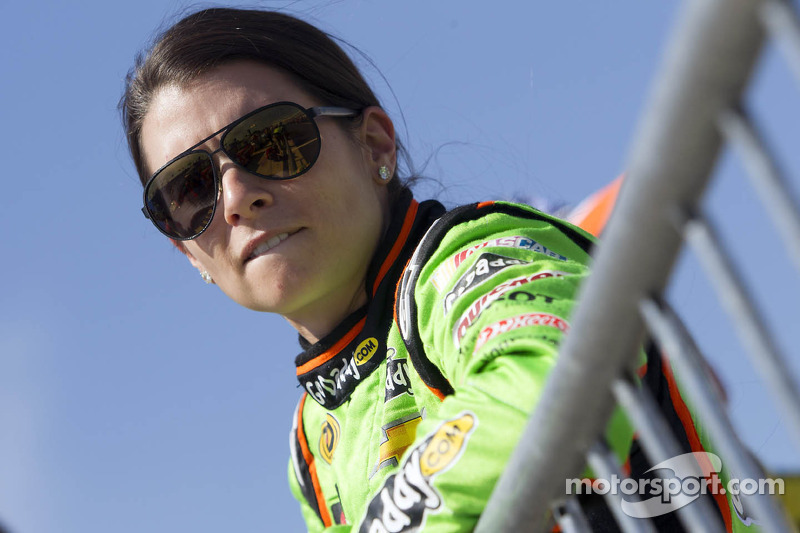 Danica Patrick: "This is the last track that I hadn’t been to, so it’s good that we tested.”

KANNAPOLIS, N.C. – In the early 1970s, Ontario (Calif.) Motor Speedway and Pocono (Pa.) Raceway were constructed as auto racing moved from its smaller grassroots past and into a big business. Racing was the “Sport of the ’70s,” as any racing program from the early part of the decade will tell you. 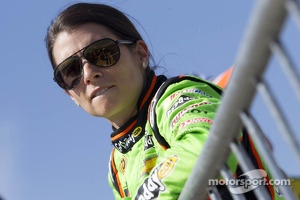 Ontario, which was demolished in 1980, was a 2.5-mile replica of the Indianapolis Motor Speedway built about 2 miles from where Auto Club Speedway in Fontana, Calif., currently sits. It was dubbed the “Indy of the West,” and hosted its first 500-mile IndyCar event in 1970. Jim McElreath took home $150,384 for his big victory in the California 500.

One year later, the 2.5-mile Pocono facility opened and hosted its first 500-mile IndyCar race. Mark Donohue took home $87,874 for his big victory in the Schafer 500.

Pocono’s triangular layout was designed by two-time Indianapolis 500 champion Rodger Ward and remains unlike any other track in the world with three different corners each modeled after a different track. Turn one, which is banked at 14 degrees, is modeled after the now-closed Trenton (N.J.) Speedway.

Turn two, banked at eight degrees, is a nod to the turns at the Indianapolis Motor Speedway. And turn three, banked a six degrees, is modeled after the corners at The Milwaukee Mile in West Allis, Wis.

Of course, in the spirit of the ’70s, it was nicknamed the “Indy of the East.”

While Pocono hasn’t been referenced with that moniker since Richard Nixon was in The White House, Danica Patrick and the GoDaddy team are hoping the 2.5-mile oval is indeed the “Indy of the East.”

Patrick’s IndyCar record at Indianapolis is well known, having scored six top-10 finishes in seven starts, including a third-place result in 2009, the best finish ever for a woman in the Indianapolis 500.

But she won’t be driving an IndyCar at Pocono during Sunday’s Party in the Poconos NASCAR Sprint Cup Series race. And the 2.5-mile oval is unlike any other in the world, despite its similarities to Indianapolis. With that in mind, Patrick, driver of the No. 10 GoDaddy Chevrolet SS for Stewart-Haas Racing (SHR), spent two days testing there last week along with her SHR teammates Tony Stewart and Ryan Newman.

It was a productive test for the organization but probably most beneficial to Patrick, who had never even been on the grounds of Pocono, let alone driven any type of vehicle there.

Pocono will be the final track on the NASCAR Sprint Cup Series schedule that Patrick has not competed at in an IndyCar, Sprint Cup car or NASCAR Nationwide Series car.

And, why not save the “Indy of the East” for last?

DANICA PATRICK, Driver of the No. 10 GoDaddy Chevrolet SS for Stewart-Haas Racing:

You tested at Pocono last week and it was your first time there. What are your thoughts on the track? “It seems like a neat place, definitely a unique track. I’m looking forward to it, and I’m glad that we tested so I was able to get familiar with the place before coming back this week. These official tests are really, really helpful for people like me who still had yet to be to certain tracks. This is the last track that I hadn’t been to, so it’s good that we tested.”

You have done a lot of testing recently. As a rookie, how has that helped you, especially since you have tested at tracks where there are Sprint Cup races, something that wasn’t always available to rookies in prior seasons? “As far as being a rookie in a series goes, I think this is probably a good year to be one with all the testing.

When you test at Pocono, a track you’ve never been to previously, how helpful is it to do so with your teammates Tony Stewart and Ryan Newman? “It is helpful. It’s just little things. I poke my head in the car and ask both of them how it’s going. Questions like, ‘Can you carry the brake in there very deep?’ If they are shifting in all the corners right now – just braking markers and things like that.

Having them around is helpful but, to be honest, really having their data to look at and be able to just kind of look at their braking points and their brake pressure, minimum speed through the corner and things like that – that’s the stuff that is the most helpful because you can tell a driver what to do, but we all have our own styles.

You can’t exactly replicate it or it doesn’t even feel comfortable, or sometimes it doesn’t even make sense so, really for me, the most help I get is when I’ve been out there a while. Then I can ask more specific questions. That’s where I feel like I get the most benefit. And they’ve been very helpful the whole time.”

SHR has struggled this season as an organization. What are your thoughts on Tony’s victory Sunday at Dover? “I was happy for him and I was happy for the team. It’s been a struggle for everyone this year, but everyone has worked really, really hard. The drivers, the crew chiefs, the engineers, everyone at the shop – everyone on the team is working extra hard to get better.

To get a victory is huge for the team. It gets the momentum going in the right direction and I’m sure it will make everyone work even harder. I think it was something that was needed.”