Could this be the year that Roger Penske pulls off the IndyCar/NASCAR double? 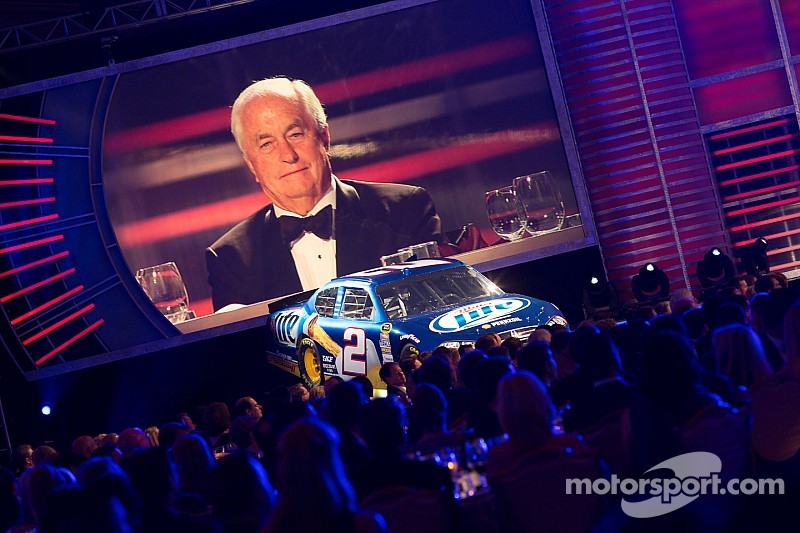 Team Penske is heating up heading into the playoffs.

Keselowski’s fourth win of the season vaulted the No. 2 Ford to the top seed in the Chase.

Coming just one week after Will Power ended an eight-year title drought on the open wheel side, Roger Penske appears poised to become the first team owner to win championships in IndyCar and NASCAR in the same season.

“This last week, when you think about California, the IndyCar championship, come back here this weekend, getting our 400th win, have to thank this guy,” Penske said of Keselowski.  “Told me before the race started, I'm going to get you 400.

“For me it's a special time.  To compete at the level we are, it's so close, this thing can go anyway.”

We're not blind. We know there's plenty of guys out there that beat us, they're going to want to. What we have to do is stay on course.

With more than a half-century of racing experience, Penske realizes how quickly momentum can shift. But for now, the odds appear to be in his favor.

“We take this in stride,” Penske said. “Obviously being the top seed is a tremendous effort for the team and certainly puts us in a great place.

“But we're not blind. We know there's plenty of guys out there that beat us, they're going to want to. What we have to do is stay on course.

On the IndyCar side of Team Penske’s operation, the title fight in the closing weeks featured Power and Helio Castroneves. A similar scenario could be shaping up between former Sprint Cup champion Brad Keselowski and his Penske teammate Joey Logano.

And that wouldn’t be a bad problem to have for Team Penske.

Rather than taking the credit for the team’s accomplishments, Penske humbly shines the light on his people.

He asserts the company’s current success stems from combining both race operations under one roof in Mooresville, N.C. and the ability to “cross-pollenize” resources.

“We moved people from NASCAR to IndyCar and vice versa, even over‑the‑wall guys, Penske said. “That's been an opportunity.  I think we wanted to be one team.  We were north, south.

“At the end of the day Tim Cindric (Team Penske President) said, ‘Let's put them all together.’ It's made a big difference.”

That includes the company’s effort on pit road. Last night the Nos. 2 and 22 finished first and second, respectively for the least amount of time in the pits.

Certainly, Keselowski’s disappointment after missing the 2013 Chase has fueled both him and the No. 2 team. Penske believes Keselowski is the catalyst behind the team’s current success and referred to his contribution as “outstanding”.

I give him a lot of credit because he's pushing the team.

“Obviously, tonight was a dominating run,” Penske said.  “It shows when we do get things together, the performance we have on a team.  We also have to think about Brad last year, how he bounced back.  He was down maybe last year, but came back this season.

“I give him a lot of credit because he's pushing the team, he's pushing Paul.  He and Joey (Logano) together, they're working each other, trying to find the speed in the cars.”

No doubt the young drivers are pushing each other. Logano, who started fifth and finished sixth after a slow final pit stop, is having the breakout season of his career. He’s won as many races (3) this season and led more laps (721) than he had in his first five seasons of Cup competition.

Perhaps the noticeable improvement in Penske’s offense has been its qualifying effort. This organization has mastered NASCAR’s new knockout qualifying.

Keselowski has converted three of his 11 front row starts into wins. Not only is his career four poles a personal best, he leads the league with the best average start of 6.5. Logano has seven front row starts and until last weekend at Atlanta had transferred to the final round of qualifying on all unrestricted tracks. His average qualifying effort of 8.5 ranks third behind Kevin Harvick (8.3) who tops the tour with six poles, a career-high for Happy.

Keselowski is peaking at the right time. With 2013 behind him and another season to acclimate not only to Ford but to new cars in general, the 30-year-old Michigander is on target to have by far the best year of his career.

“I just feel so lucky to have such an incredible team and car like we did tonight, and to be able to execute and not have any bad luck,” said Keselowski after leading 383 of 400 laps at Richmond, a new track record. “We’ve had plenty of bad luck over the last few weeks, but, wow, what a night.”

Keselowski should breeze through the first round of the Chase. He has wins Chicagoland and Dover and won at Loudon in July. In the second round, he’s won at Kansas and Talladega. Two of his four wins this season were earned on 1.5-milers not in the Chase but the team tested at Charlotte and will add Martinsville and Homestead, where the championship will be decided, in the next month.

If the team wasn’t under enough pressure already, Penske reminded crew chief Paul Wolfe on Saturday, “You're going to have to execute in that last pit stop in Homestead”.

Logano finished eighth in his first Chase appearance last season. He has one pole and one top 10 in the Chase opener at Chicagoland, but had a race-winning car at Loudon before Morgan Shepherd wrecked him. Logano finished eighth at Dover in June and has two top fives and seven top 10 finishes in 11 starts.

He finished fourth in his last two starts at Kansas, enjoys his best average finish (10.5) at Charlotte and if he can survive the crapshoot which is Talladega, Logano should rock the final round. He finished fourth at both Martinsville and Phoenix, where he led a combined 110 laps, and won at Texas after leadings 108 of 340 circuits.

Although everyone will test at Homestead, Logano’s best finish of eighth came on the 1.5-mile track last year and he won the pole in 2012.

In his fifth season with Team Penske, Keselowski believes the organization has never been better.

Despite having just two teams where other clubs have three or four, the partnership of Keselowski and Logano is solid. And while it’s the first time he’s earned four victories before the Chase, Keselowski feels he’s “a threat to win more races.”

I feel stronger than what we've ever been.

“I feel more experienced and more confident,” Keselowski said. “I feel like from a teammate standpoint, we have a very strong teammate.  Having a great teammate isn't so much about the days where things are going your way; it's about the days and weekends when things aren't going your way, having someone else to lean on and find your sanity back.

“We certainly had some of those days in 2012.  We have a teammate and a scenario there across the board where that team has gotten very, very strong and is part of our success. I think for a lot of reasons. I'm sure I'm leaving some things out, that's not because they don't exist, but I feel stronger than what we've ever been.”

Certainly, Team Penske’s success did not occur overnight – particularly on the stock car side of his operation. It took nearly 25 years before Penske enjoyed his first Sprint Cup championship with Keselowski in 2012.

But with any successful venture, Penske has learned from his past and understands the importance of a true team effort.

“When I think about it, I think about drivers, the team members, all the people at Team Penske over the years that have executed and continued to pull in the right direction,” Penske said of win 400. “We've had some world‑class drivers.  Certainly when I sit here with Paul and Brad and Joey here this weekend, I think this demonstrates how lucky we are to be able to attract this type of talent on our team.

"Four hundred wins took a long time.  I remember when we tried to get to 200, we got stuck for a long time.  As we learn more and more about getting the right talent, continuity having the same people week in and week out. That's why Hendrick is so strong, you look at them year after year after year, they know how to execute.

“I take my hat off to Mike Nelson (V.P. Operations), certainly today when you think about Travis Geisler (Competition Director) and Tim Cindric, these people have been with us for a long time.  We've grown our people, and that's what it takes.”

Now that the Chase field is set, it’s time to rate the likely winners