Corey LaJoie’s first career top-five finish in the NASCAR Cup Series was more than welcome but he’s hoping there are more to come.

Lajoie, in his second fulltime season competing for Spire Motorsports in the No. 7 Chevrolet, rallied back from his involvement in an early-race accident and finished a career-best fifth Sunday at Atlanta Motor Speedway.

“I think I realized that the fans and everybody who has supported me to get me as far in this thing as I’ve gotten were more excited about it than I am,” said LaJoie, 30.

“It was cool to deliver a good result for fans, for our partners that were on the car – everybody that has been a part of my career who have believed in the abilities. To to deliver a result like that was cool to finally get the first top-five for those guys and hopefully it’s not the last.

“For me, it’s not the end of the road. We’re just getting started.” 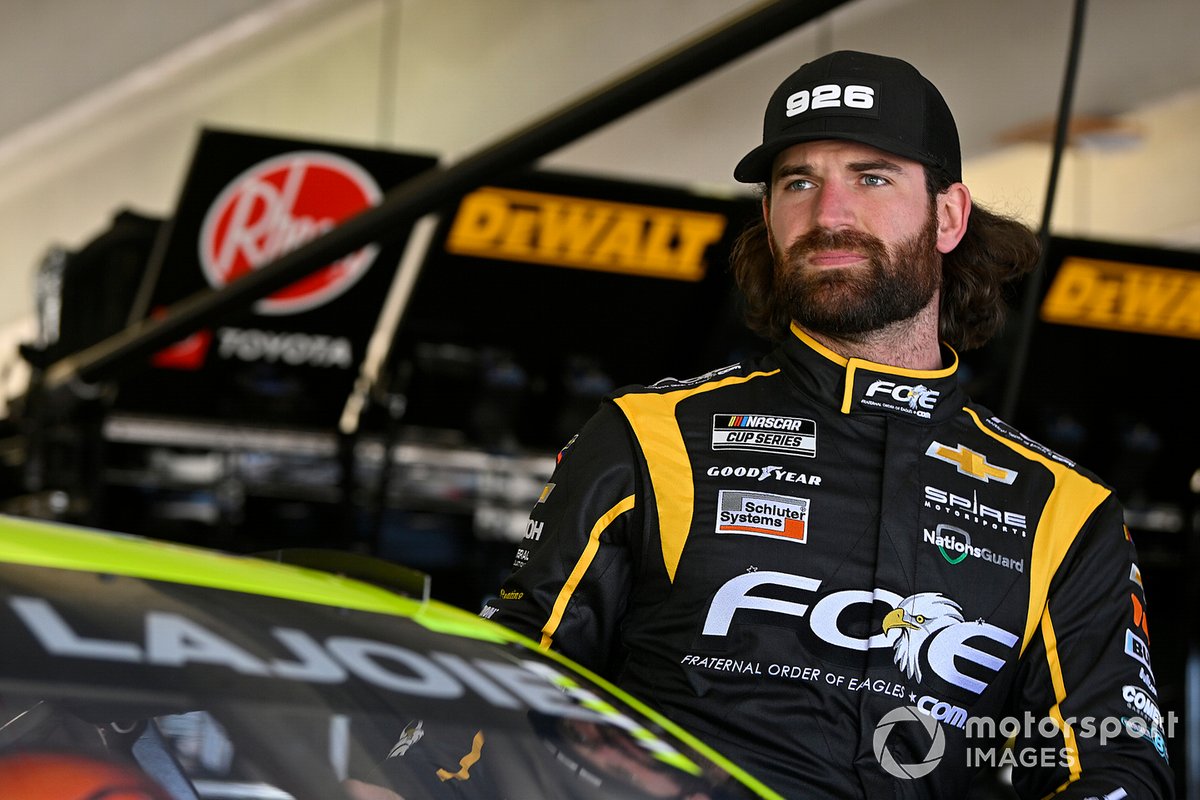 While Spire is not on the same level of a Hendrick Motorsports or Joe Gibbs Racing, LaJoie is higher in the series standings (24th) through the season’s first five races than some top-level drivers (Denny Hamlin, 26th and Christopher Bell, 30th).

The introduction of the Next Gen car to the Cup Series – and its revolutionary changes in NASCAR racing – have helped level the playing field, at least to start the season.

Every team and driver is relearning how to both drive and set-up the car but LaJoie believes the top teams will still see their advantage develop as the season goes on.

“It is a little bit weird looking at the points. I don’t think it is going to stay like that for long because you can’t keep a guy like Denny or Christopher Bell out of Victory Lane too long,” LaJoie said.

“Seeing (Hamlin) and (Bell) behind you in points five races into the year is a little bit unique, but we’re not racing those guys. Those guys will ultimately figure out how to race and punch their ticket to the playoffs.”

LaJoie said his team is focused on realistic goals, such as moving into the top 20 and gaining ground on the comparable teams around them in the standings.

The next three races – Sunday at Circuit of the Americas followed by short tracks at Richmond, Va., and Martinsville, Va. – offer good opportunities for LaJoie to continue to be in the mix.

“I think the next month or so through these couple road courses and a couple short-tracks and then the dirt race, we’re going to try to gap ourselves and put a cushion between the guys who we feel like we can beat in points and hopefully we can finish (the season) in the top 25,” he said.

“There is not a Spire Motorsports comparison to Joe Gibbs (Racing), but it is funny enough and they also have double the amount of cars we’ve got. We’ve got two cars; they’ve got four and considerably better funded.

“We’re going to continue to control what we can control and let everything else work out how it’s supposed to.”

Rebounding from an early accident on Sunday did show LaJoie two things – the durability of the Next Gen car and the improvement in the product his team is putting on the track.

“We got lucky man. It’s not often you get to take a ride like that (in the wreck) and then turn around and finish top- five. We had a fast car,” he said.

“I mean that makes my job easier and when you can be on the offensive, when you can put your car in holes it’s able to maintain and go pass some guys.”

NASCAR Cup COTA schedule, entry list and how to watch