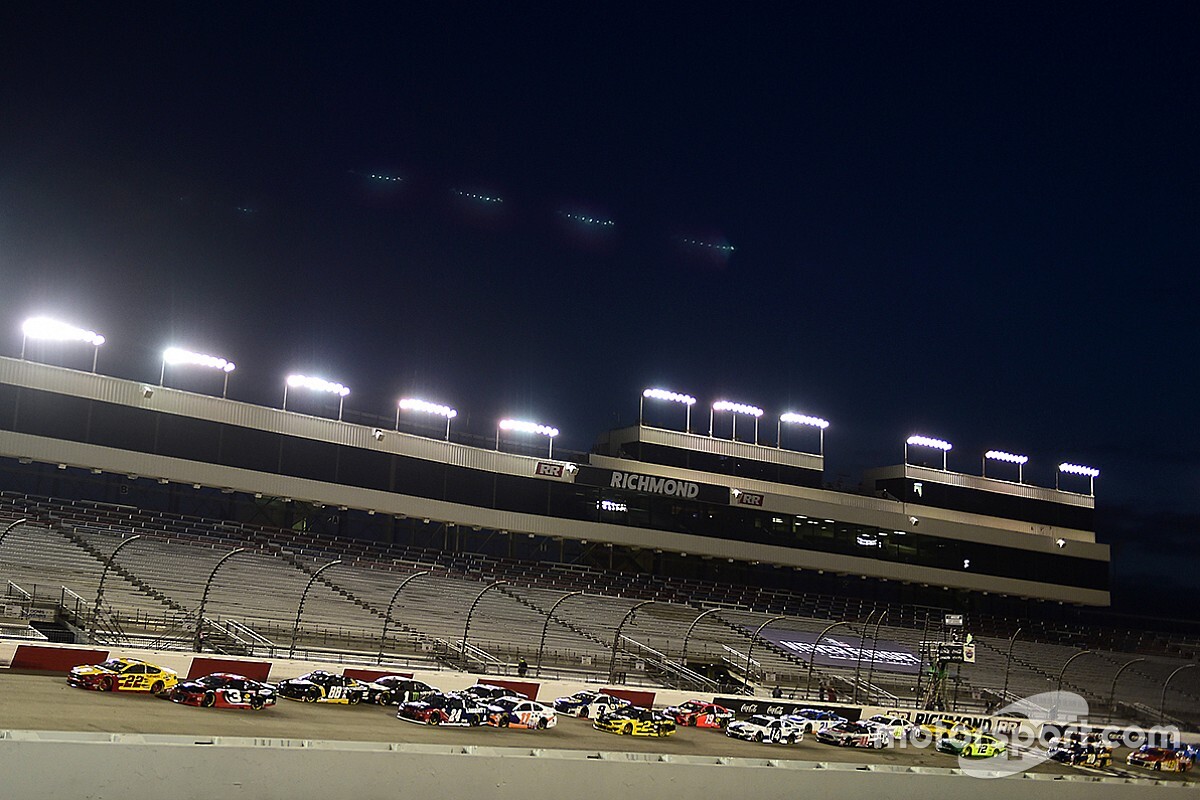 A visual inspection of Richmond (Va.) Raceway was all that was needed Saturday night to confirm several NASCAR drivers’ concerns about the tire used this weekend.

That’s 862.5 miles of racing on the ¾-mile track and afterwards one would be hard-pressed to see where the track had changed color. In other words, no rubber wore off the tires and on to the surface.

Three of the four races run over the weekend saw the entire final stage remain green. Saturday night’s Cup race had just three cautions – two for the end of stages and a planned NASCAR competition caution early in the race.

There was not a single on-track incident during the race on what is nicknamed “The Action Track.”

“I think something is not meshing with the track. You look out there on the race track and all night long it’s had a lot of racing on it this weekend and it looks like a highway out there,” Bowyer said.

“It wasn’t putting any rubber down on the track and they’ve got to do a better job of that. That’s unacceptable as far as I’m concerned. I’m a fan of this sport and we’re going to ask fans to come back one of these days and we’ve got to put a better show on than that.

“We can’t have it run lap after lap after lap with no cautions. Something’s got to change there and the first thing I’d change if I owned it would be the tire.”

Martin Truex Jr., who won both Richmond races last season, managed to finish a distant second to winner Brad Keselowski but felt the change in tire this season is what hampered his team’s ability to perform better.

“It didn’t lay really any rubber down on the race track like we’ve seen here in the past, and I think that changed things up quite a bit, especially for us, obviously,” Truex said.

“I was surprised with how bad my car felt that I was still able to run second. I don’t know, I liked the old (tire) better, but I guess it depends on who you ask.”

Part of the concern Saturday night came in part because the tire used at Richmond and the aero-package are the same that will be used in the championship race at Phoenix in November.

Denny Hamlin, who rallied to finish 12th after a mid-race pit road speeding penalty, was asked if his experience Saturday night with the tire gave him hesitation about the title race.

“Well, the surface is so different. We run the same tire (as Phoenix), but there really should be two different tires,” he said. “This track’s surface is a lot different than Phoenix’s surface, so I think they were just trying to get a little more common for every race track.

“I wouldn’t put a huge merit into this one. The surface at (New Hampshire) more represents what we will have in Phoenix.”

Compared to the tire run at Richmond last season, this race’s tire set-up featured compound changes on both sides and a construction update on the left-side.

According to Goodyear, the compound changes were intended to give the cars more grip.

“Everyone in the field did a good enough job to manage that and you’re not going to see a lot of cautions when everyone kind of knows that grip is low and you’re just out there racing your car.

“You can’t really battle anybody for position that hard because you’re that low on grip.”