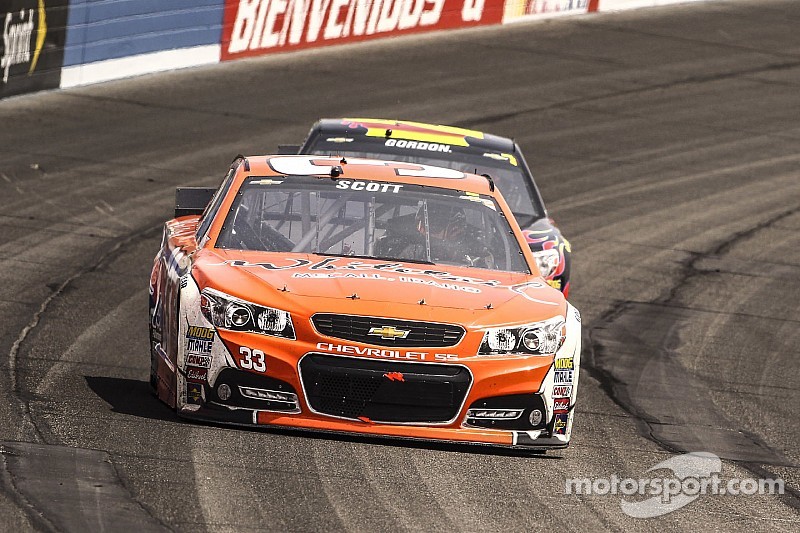 Circle Sport Racing will appeal the penalty and fines levied on the No. 33 Sprint Cup team by NASCAR on March 25th.

Team owner Joe Falk told Motorsport.com he felt “the penalty was too severe”.

The P4 infraction stemmed from an illegal rear truck trailing arm and assembly kit which was mounted incorrectly according to the NASCAR rule book. The suspension piece was discovered during pre-practice inspection at Auto Club Speedway.

Falk said modifications made to the rule book following the incident at Auto Club 400 would have changed the spirit of the rule. NASCAR released the new rules regarding the rear suspension along with drawings of the revisions on March 24. But at the time of the No. 33 CSR Chevy’s inspection on the previous Friday, the rules were not in place.

The penalties included a three-race suspension for crew chief Richard “Slugger” Labbe and a $50,000 fine. Labbe is on probation until the end of the year. Car owner Joe Falk was docked 25 championship car owner points.

Falk didn’t believe the punishment fit the crime, particularly the 25 points. Falk conceded that “25 is like taking two races from us” considering that the No. 33 car’s average finish this season is 28th.

“We really think that we’re in the right – we’re not 100 percent right – but we’re not as wrong as they’re saying,” Falk added.

Falk expects the hearing to be held after next weekend’s races at Texas Motor Speedway. Alex Kennedy will pilot the No. 33 Chevy with veteran crew chief Pat Tryson calling the shots.

NASCAR announced the following infractions at the time of the penalty:

J. Truck trailing arm must conform to the following drawing as specified in the NASCAR rule book: Rear Suspension-Truck Trailing Arm: A-008-00183-14 Rev.C

B. Truck trailing arm mounting brackets must be constructed of magnetic steel flat plate with a minimum thickness of 0.169 inch.

A. Except in cases explicitly permitted in the NASCAR rules, installation of additional components and/or modifications of existing components to affect the aerodynamic properties of the vehicle will not be permitted, including but not limited to, safety systems, chassis and roll cage, suspension, steering systems, brake systems, heat shields, body fillers, body sealers, filler panels, drivetrain components and exhaust components.

NASCAR legend Rusty Wallace comes out of retirement, to race in the X Games