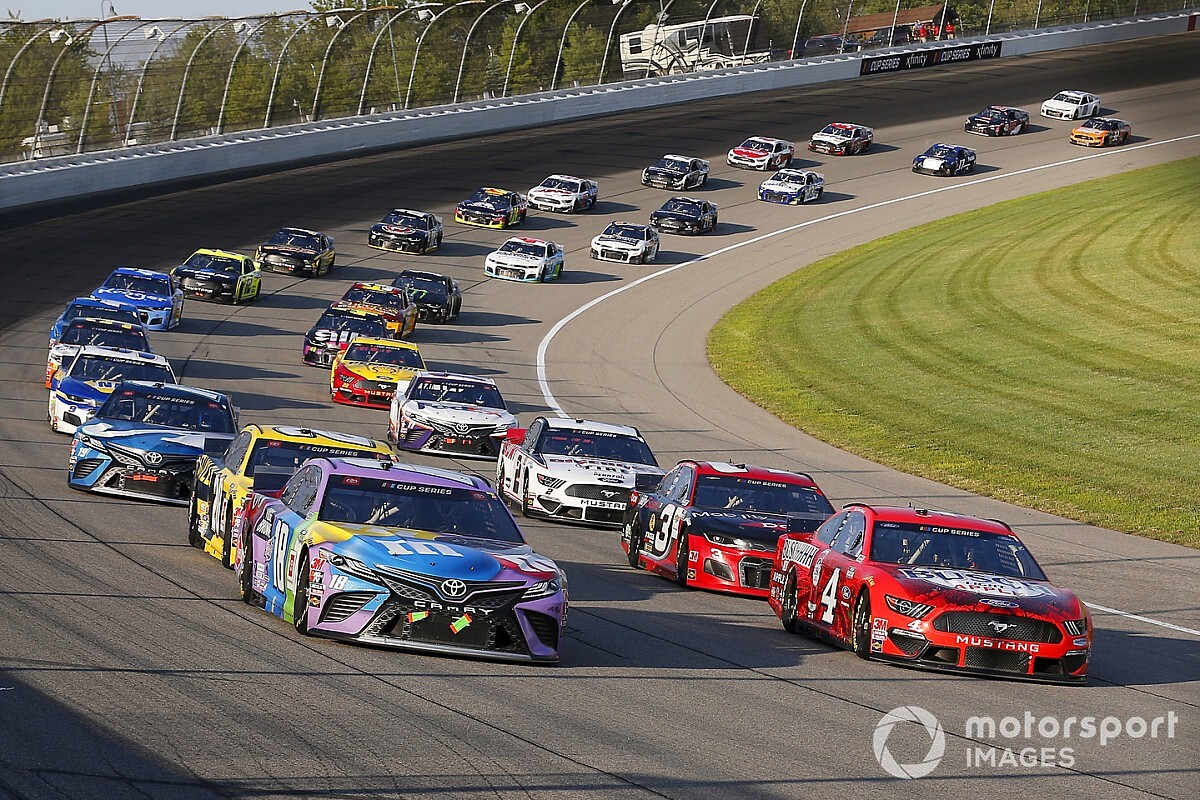 The debut of the choose rule in NASCAR Cup Series competition got mostly positive reviews and helped to put several drivers into the mix for the win late in the race at Michigan.

Saturday’s race at Michigan International Speedway, the first of a weekend doubleheader at the track, provided the first test of NASCAR’s choose rule in the Cup Series.

The rule compels each driver to choose which line they wish to restart in as they approach a designated area on the track instead of simply lining up double-file by running position.

Two changes were made prior to the race based on the rule’s use in Friday night’s Truck Series race – the location of the choose mark was moved to 200 feet beyond the start/finish line (initial location was 100 feet) and closed pit road after all vehicles have had their initial opportunity to pit to help streamline the process of setting the single-file lineup.

Michigan appeared to be a good test as in recent years drivers have complained the outside line has a distinct advantage on restarts.

How the choose rule shaped the race finish

Late in Saturday’s race, several drivers, including Brad Keselowski, Chase Elliott and Bubba Wallace opted out of the outside line and gambled on moving up in the order by choosing the less-populated inside line to gain track position.

Elliott was able to utilize one such restart to briefly take the lead in the race while Keselowski took the gamble on the final restart in overtime and was nearly able to clear eventual winner Kevin Harvick before settling for second.

‘There were parts I liked and there were parts I didn’t like (about the rule),” Keselowski said. “I’m kind of agnostic to be honest. I thought at the front, it seemed to be a little fun, something kind of different.

“It felt different and different was kind of fun. There was other parts where I was kind of a little questioning about it. Overall I’m kind of neutral on it.

“It’s just a different dynamic for sure and opens up some different opportunities.”

Harvick said he clearly thought the lane choice put more drivers into the mix for a good finish, particularly as the race wound to a close.

“I think it definitely gave some guys a chance that were kind of buried eighth or ninth, and I think (Elliott) was one of those and wound up racing (us) for the win,” Harvick said.

“So, definitely a lot to think about right there and definitely some processes that you have to go through, but you can take a chance and gain some track position. I thought it went well and did exactly what everybody thought it would do.”

Wallace utilized the lane choice to run as high as third and came away from the race with a ninth-place finish, giving him a career-best four top-10 finishes this season.

“The choose rule. Good job, NASCAR,” Wallace said. “That was fun. That was cool.

“It brought be back to the (Summer) Shootout days. I didn’t tick as many people off as I did at the shootout today, so it was all good.