While Ford and Toyota drivers racked up most of the wins this season in the NASCAR Cup Series, Chevrolet snatched the biggest prize of all. 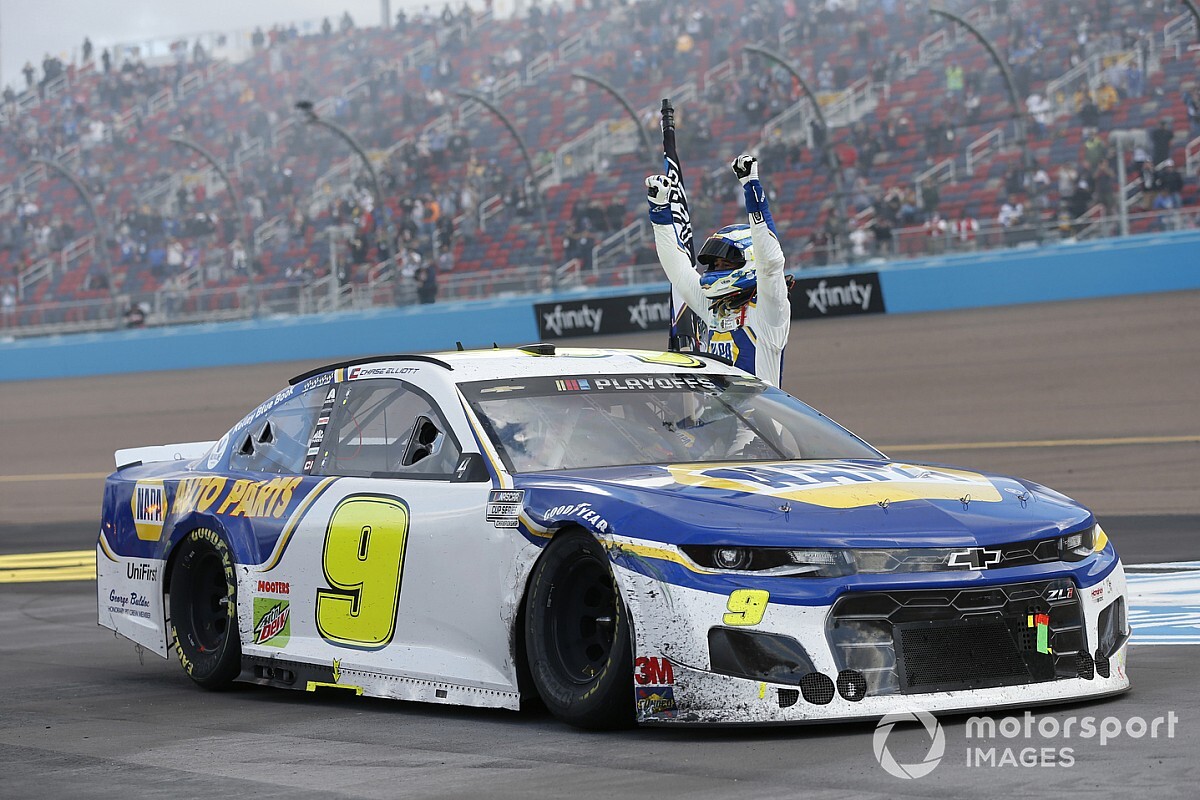 In a season that saw Ford driver Kevin Harvick and Toyota driver Denny Hamlin combine to win 16 of the 36 points races, Chevrolet was hard-pressed to make it to Victory Lane.

By the end of the year, Chevrolet drivers earned nine wins in 36 races.

But Chevy’s only multi-time winner this season, Chase Elliott, posted back-to-back victories when it mattered most – winning at Martinsville, Va., two weeks ago to reach the Championship 4 and then winning again Sunday at Phoenix Raceway to clinch his first series title.

It’s also the first Cup series driver title for Chevy since 2016, which was also the last of a record-tying seven won by Jimmie Johnson, who ended his fulltime NASCAR career in Sunday’s race as well.

In a year when NASCAR, its teams and car manufacturers in general have faced financial insecurity due to the COVID-19 pandemic, Elliott’s title was well-timed and well-received.

“It was absolutely incredible, this playoff format. It creates excitement. It creates immense amounts of pressure all the way around,” said Jim Campbell, U.S. vice president of performance and motorsports for Chevrolet. “The teams feel it. We feel it as manufacturers to deliver in those stages.

“The last couple years we didn’t make it – the last few years we did not make it to the final round. Very disappointing. But the whole phrase: Never give up, you can never give up. So, the teams have been working hard. More work going on than probably people see, and it all came together.

“It was a clutch performance, two in a row with Martinsville and now Phoenix. It was fantastic.”

Late in the year, Hendrick Motorsports and ECR Engines (part of Richard Childress Racing) announced they had started to collaborate on the engine development, something that would take on a more formal partnership in 2021.

While Chevrolet may have gotten off to a slow start in wins, it appeared the cooperation of Chevy teams began to pay bigger dividends in the playoffs.

“Along the way, between all of these efforts, our teams are working better together when we’re working on projects to prepare to go to the race track, and that’s a must. We do it in all the series,” Campbell said.

“We’ve done it with some degrees of success here in NASCAR, but I really do believe that we have tremendous momentum on that front, and we’re only going to get stronger in that area. Nine

wins when you look at our historic performance doesn’t really measure up, but we got the wins at the right time.”

Chase Elliott on being champion: "It's absolutely nuts"

NASCAR to hold one condensed postseason awards show next week