Chase Elliott’s victory in Sunday’s Texas Grand Prix at the Circuit of the Americas was significant in many respects but especially for Chevrolet.

Elliott’s win is the 800th in NASCAR Cup Series competition – a milestone accomplishment that dates back to 1955 and NASCAR’s seventh season.

Fonty Flock, driving a 1955 Chevy, won the 100-mile dirt race at Columbia (S.C.) Speedway on March 26, 1995, to give the manufacturer its first win in Cup Series competition.

More than 66 years later, Elliott – the reigning series champion – earned his first victory of the 2021 season driving the Chevrolet Camaro ZL1 1LE and win No. 800 for Chevy.

Asked what wins stand out among the 800, Jim Campbell, Chevrolet’s U.S. vice president of performance and motorsports mentioned several notable names in NASCAR’s past.

“The first win was Fonty Flock; he won in Columbia, South Carolina, in a Chevy. That was kind of the beginning of the Chevy small-block V8 era and that era really was pivotal for our company, in terms of really adding incredible performance to many of our vehicles, including the ones we race on the track,” he said.

“If you go all the way through, there’s just so many historic wins. The 100th win was Rex White in Columbia, South Carolina. The 200th win was Benny Parsons at Riverside and our 300th win was Dale Earnhardt at North Wilkesboro, North Carolina. So, there’s so many that are meaningful and important.” 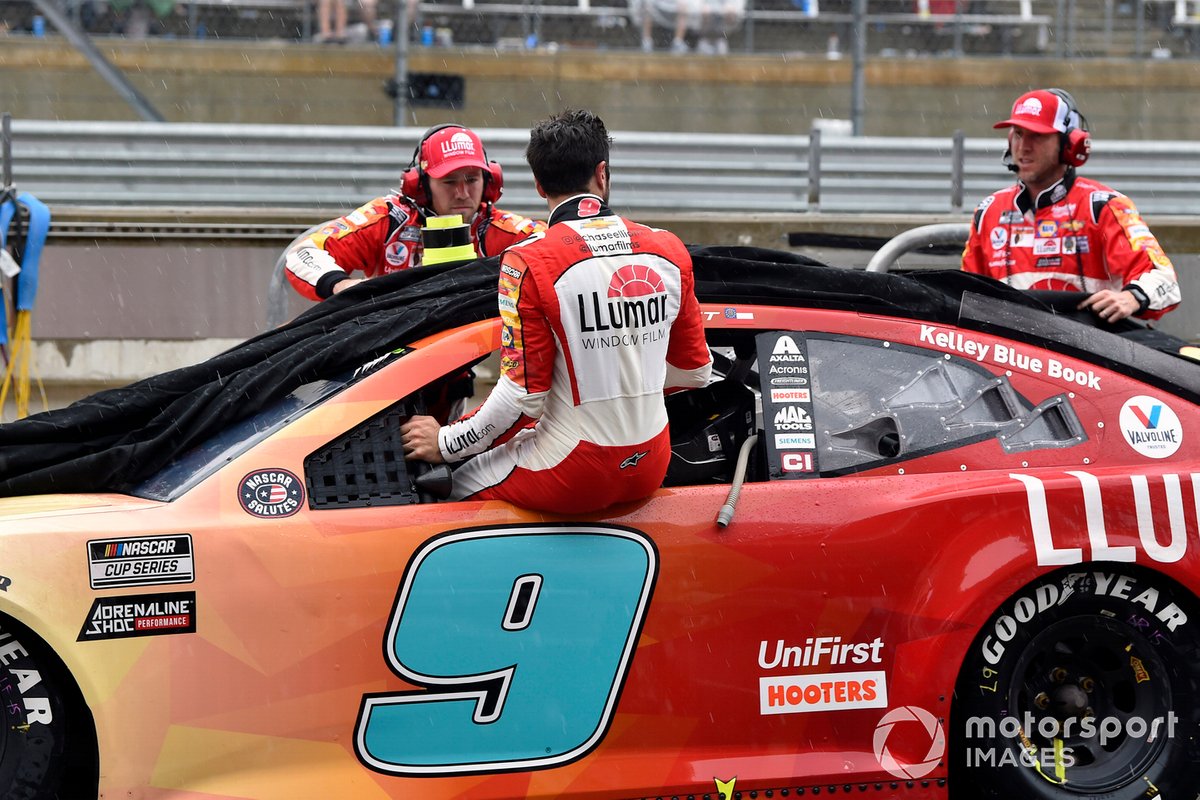 So, how do you pick a favorite? Perhaps you don’t.

“I’ve been in racing a long time, like many of you, and when you ask team owners ‘Tell me about a win’ or let’s celebrate a win we just had, they often pivot very quickly to what’s next,” Campbell said.

It was fitting that Chevrolet win No. 800 came from a driver with Hendrick Motorsports, one of the manufacturers’ most dominant teams.

Elliott’s win also helped HMS tied Petty Enterprises for the most victories by an organization in Cup Series competition (268).

“I’m so proud for Chevrolet. I’ve never raced anything else but Chevrolet,’ team owner Rick Hendrick said. “It’s just been a great ride. 800 wins. I mean, that’s hard to believe by any manufacturer.

“The support from Chevrolet has been awesome all these years. They’ve always been there. I appreciate that a bunch. You stick with a manufacturer, you go through times where you think your car is not as good, then you hit a streak and you get it all figured out.”

Logano: Rain tires on ovals "not as simple as we all think it is"