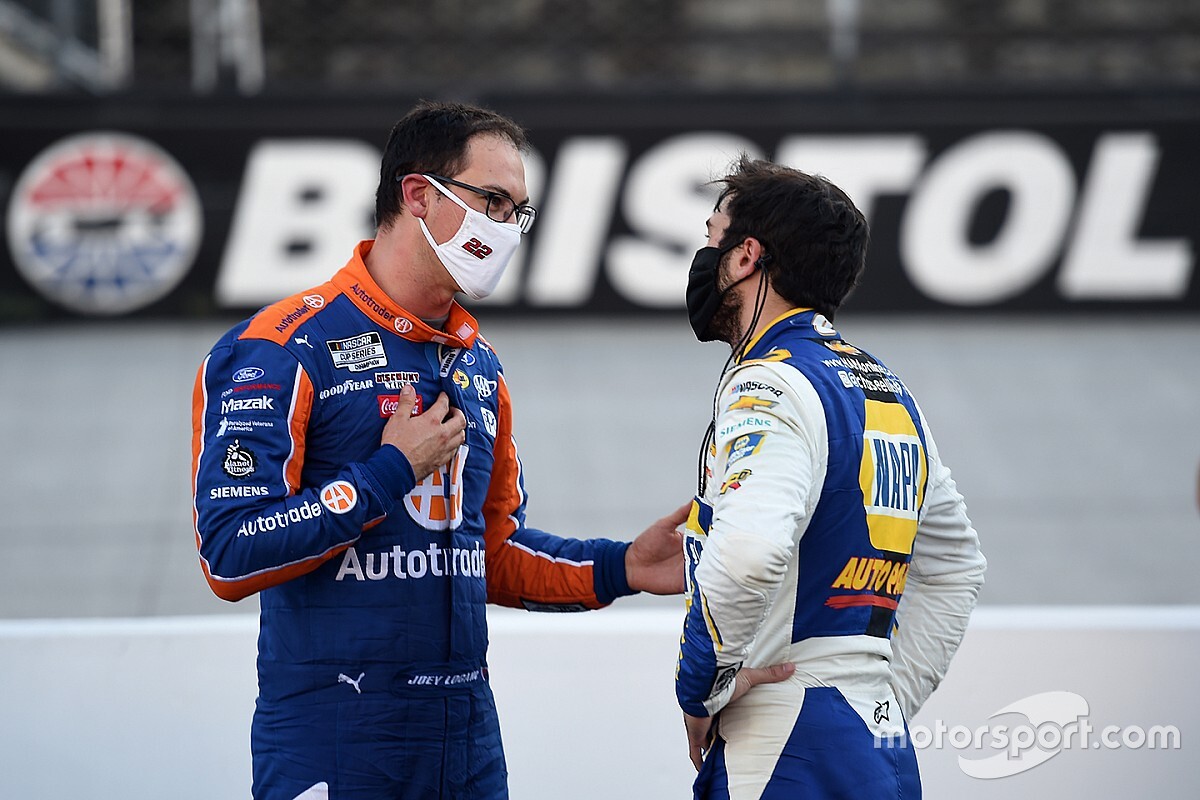 Chase Elliott took the blame for the wreck that ended both he and Joey Logano’s chances at victory at Bristol, but Logano was looking for a little more.

With two of 500 laps remaining in Sunday’s Supermarket Heroes 500, Logano passed Elliott for the lead but Elliott quickly attempted to grab it back to earn his second consecutive Cup Series victory.

Elliott got loose while trying to reclaim the top spot drifted up the track and into Logano in the top of Turns 3 and 4, which allowed Keselowski to inherit the lead and eventually the victory.

Asked his take on the incident, Logano said, “He wrecked me. He got loose underneath me. The part that’s frustrating is that afterwards a simple apology -- like be a man and come up to someone and say, ‘Hey, my bad.’

“But I had to force an apology, which, to me, is childish.”

For his part, Elliott said he was “just going for the win.”

“Trying to get a run underneath him and got really loose,” he said. “As soon as I turned off the wall I had zero chance in making it. I’ll certainly take the blame. I feel like I had to keep him behind me right there to win the race.

“I hate that we both wrecked but can’t go back in time now.”

Both drivers had shown they were capable of contending for the victory throughout the event.

Elliott collected both Stage wins in the race and led 88 of 500 laps. He was also fresh off his first victory of the season, winning a 500k race Thursday night at Charlotte Motor Speedway.

Elliott was credited with a 22nd place finish.

Logano already has two wins this season and ran in the top-five for a large part of Sunday’s race, although he only led two laps. He overcame a pit road speeding penalty during the event to put himself back in contention for the win.

“We had a good recovery and had a shot to win. That’s all you can hope for,” said Logano, who finished 21st. “I passed him clean. It’s hard racing at the end, I get that.

“It’s hard racing, but, golly, man, be a man and take the hit when you’re done with it.”