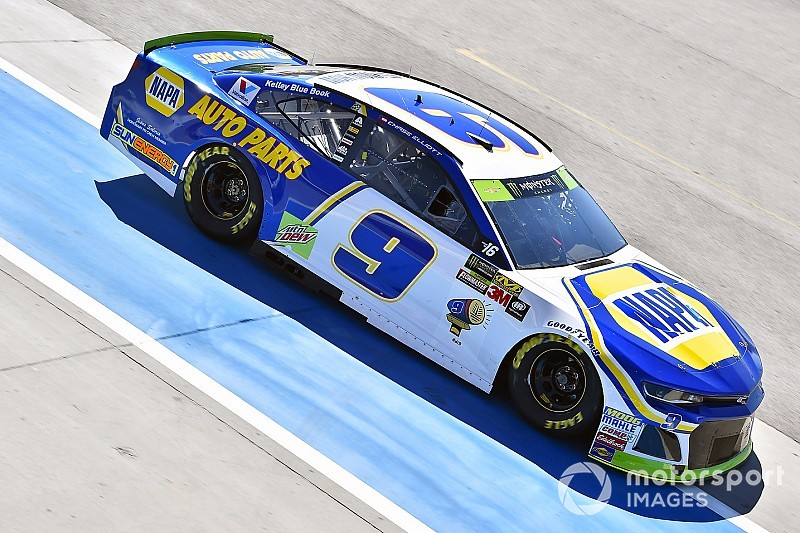 Chase Elliott walked away from a hard crash late in the running at Las Vegas Motor Speedway, but may have a sore shoulder Monday morning.

The incident began when Jamie McMurray spun after contact with the outside wall. Elliott, who was running close behind, had nowhere to go and clipped McMurray's car, sending the No. 9 machine careening into the outside wall.

Elliott radioed to his crew immediately after the incident that his shoulder was hurting, but he appeared to shake it off by the time he emerged from the infield care center.

“So, all good now and we’ll try to rebound next week. We had a really good car today and yeah, almost, just barely clipped him (Jamie McMurray). I just hate it. So many guys fell out today. I feel like half the top 16 has crashed. So, we’ve just got to finish, I guess.

Elliott was one of multiple contenders to suffer a DNF in the event, which was one of great attrition. In fact, only half of the 16-driver playoff field finished the race on the lead lap.

The Hendrick Motorsports driver finished 36th and leaves LVMS in the drop zone, sitting 14th in the standings nine points below the cut line. Two races remain (Richmond Raceway and the Charlotte Roval) before the bottom four drivers are eliminated from the playoffs.