Chase Elliott: “We can run with whoever when we’re at our best" 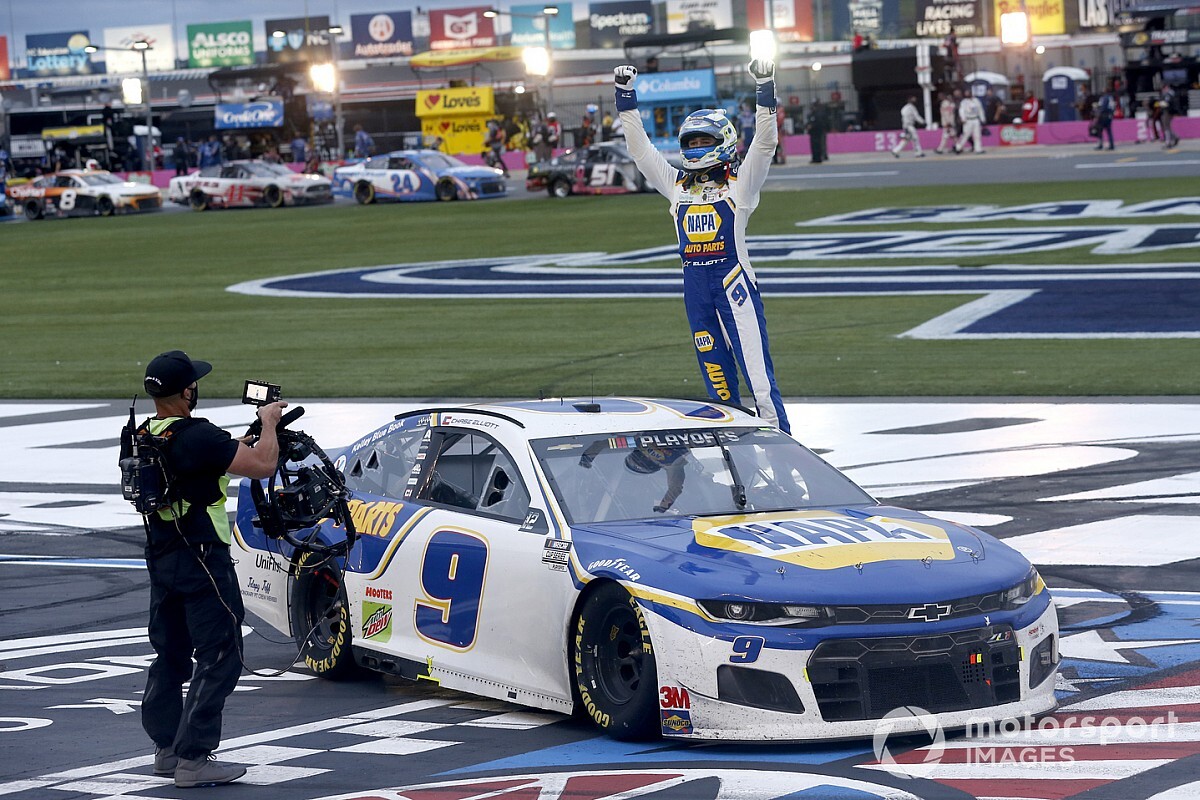 Once again Chase Elliott has advanced to the Round of 8 in the NASCAR Cup Series playoffs, but he is determined to ensure it’s not his ‘stopping point’ this time.

A victory at the Charlotte Roval on Sunday ensured another trip to the Round of 8 and three chances for a win that will lock him into the Championship 4 – Kansas, Texas and Martinsville, Va.

“We’ve been fortunate to get to the Round of 8 the last couple years. That’s kind of been our stopping point,” Elliott said. “For us, we’re just eyes ahead trying to assert ourselves amongst that next group.

“We tend to see the same guys make the final four every year, the same group fighting for those spots. I think for us, we’re very capable of asserting ourselves amongst them. We just have to be little better, a little more consistent, eliminate those bad race tracks.

“I think we can run with whoever when we’re at our best. I’ve said that before. I really believe it. I’m looking forward to the opportunity and ready to move on.”

Two of Elliott’s three wins this season have come on road courses but his first came in May in a 500k race at Charlotte Motor Speedway, a 1.5-mile intermediate track much like Kansas and Texas.

Looking ahead to the Round of 8

He finished 12th in each of the season’s first stops at Texas and Kansas this season. On other 1.5-mile tracks, he was 26th and 22nd at Las Vegas, second at the Coca-Cola 600 at Charlotte, second at Homestead, eighth at Atlanta and 23rd at Kentucky.

Asked if he had any prediction to how he would fare in the next three races, Elliott said: “You never know. That’s why we go race, is to find out who wins and who loses. Just excited to have the opportunity.

“I think it’s going to be a really big challenge for us to move on, as I think it is for everybody in this round, unless you just have a bunch of wins. We just have to bring our ‘A’ game, push ahead, really try to execute three solid weeks.”

Should Elliott make it to the next round, he will be the first Chevrolet driver since Jimmie Johnson in 2016 to have a chance to compete for the series title. Fellow Chevy drivers Alex Bowman and Kurt Busch have also advanced to the Round of 8 this season.

Aiming for the crown

Alan Gustafson, crew chief for Elliott’s No. 9 Hendrick Motorsports Chevrolet, said he feels their team has been capable of advancing to the final round in past seasons were it not for some “ifs and buts.”

“We got to find a way to get through. Certainly winning one of these three, or running at the sharp end of the spear, is going to be what it takes. I think we can do it,” he said.

Kyle Busch knocked out of NASCAR playoffs in "terrible year"