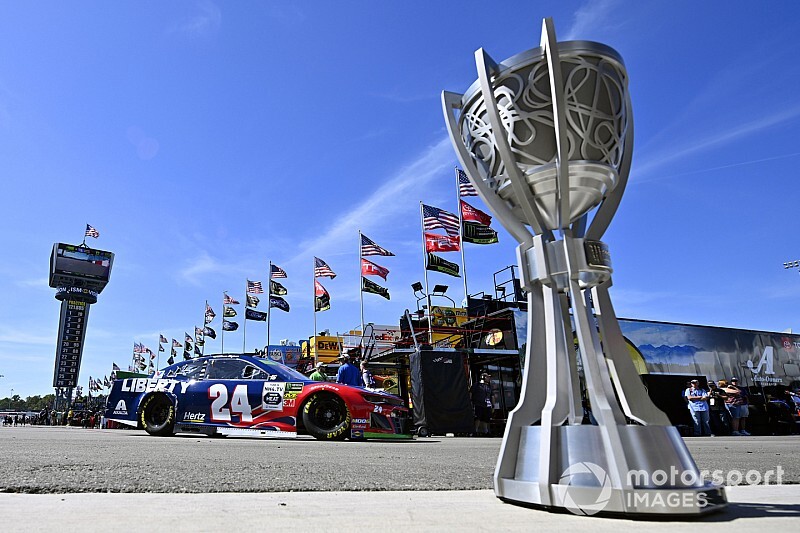 Most of the remaining NASCAR playoff hopes of Hendrick Motorsports will likely be determined at this weekend’s race at the Charlotte Roval.

But that might not necessarily be a bad thing.

While Chase Elliott remains in a strong position to advance to the second round of the Cup Series playoffs, the fortunes of his teammates William Byron and Alex Bowman may rest on strong performances in Sunday’s Bank of America 400.

Both drivers struggled in Saturday night’s race at Richmond (Va.) Raceway. Byron fell two laps down early and could never recover and finished 24th. Bowman seemed to have strong car in the race but ended up 23rd after getting in an incident with Austin Dillon during the race.

Byron now sits 12th in the series playoff standings, which is the final transfer spot to the second round. He has a three-point cushion over the 13th-place driver, which happens to be his teammate Bowman.

“It’s just great to be even on the upside of it,” said Byron, who qualified for the playoffs for the first time this season. “And, I think if we can do that, I’m really optimistic for what we can do going forward.

“We’re just really fortunate to have another shot after a night like (Richmond) and we can go forward and see what we have.”

Said Bowman of his Richmond race: “It’s definitely a bummer. We were really tight here in the spring and we came here trying to build a car that would turn really well. It did that, but it just didn't have any drive.

“When you’re on sticker (tires) and the guys running on 75-lap old tires are forward driving you, it’s not much fun. We didn’t have a good day. We didn’t have anything go our way either. We just struggled with the car all day.”

While many drivers consider the Roval a challenging and unpredictable race, Byron and Bowman have reason to be optimistic.

While Byron started 21st and crashed out of last year’s inaugural Roval race but he and crew chief Chad Knaus have found some success in this year’s road course events. He qualified second at both Sonoma and Watkins Glen this season, finishing 19th and 21st.

“We just move on from here and move on to the Roval. I think we have a good shot there to have a good result and hopefully compete for a top-five or something like that would be nice,” Byron said.

“I’m really optimistic about that with how we’ve run at the road courses and hopefully that will work out for us.”

Bowman qualified third for last year’s Roval race and ended up a solid fourth and if the pit strategy had played out like his No. 88 team hoped, he may have challenged for the win.

“We just have to get stage points and have a good day all day. If we don’t make the next round, we don’t really deserve to be there with how we are running right now,” Bowman said.

“It’s definitely a bummer, but we have to get our stuff together.”