Jeff Gordon believes that, should he make it to the season finale at Homestead, "anything is possible". 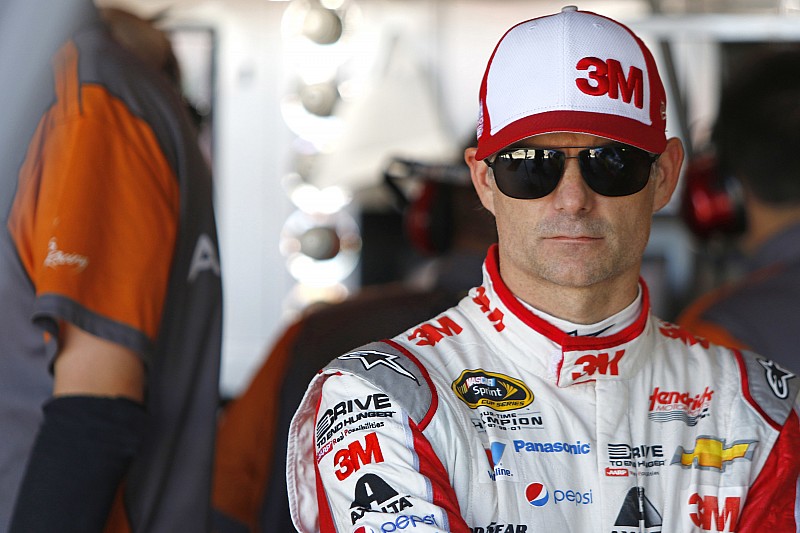 Despite four championships, 11 Chases and only one finish outside of the top 10 in NASCAR Cup point standings, Gordon is still “shocked” he qualified for his final Chase to the Sprint Cup.

The 44-year-old has not had the easiest farewell season and Gordon acknowledged he’s “encouraged” just by the fact of making it to the play-offs itself.

“I’m just happy we’re in it,” Gordon said. “It’s not from a lack of effort — and it’s not from a lack of speed. We’ve had decent speed at times. We just haven’t been able to put races together this year. So when I think about the season — and all the trouble we’ve been through, I’m kind of shocked that we made it.”

Now is when the fun begins for Gordon. He posted his 13th top-10 finish of the season after finishing seventh at Richmond, his best result since third place at Pocono Raceway - which had been just his third top-five of the season.

“We’re a strong team that’s gone through a lot and never stops fighting,” said Gordon, who is now 13th in the standings after the points were reset for the Chase. “As we’ve seen before, anything is possible once you get in this thing.

“I don’t mind being under the radar or not being a favorite — but I certainly hope that changes by Round 2.”

Traditionally, the Contender Round tracks have been solid for Gordon as well. He has five wins at Charlotte, three wins at Kansas and six wins at Talladega — the track most consider to be the  crapshoot race of the final 10.

And if like last year, Gordon can transfer to the Eliminator Round, Martinsville Speedway is likely to be  a welcome sight - he’s posted a career-high eight victories there after all.

If he can avoid drama at Texas and survive Phoenix, the driver who has longed for a Chase championship since the program was introduced in 2004 just might have a fighting chance at the title.

“I think anything is possible with this format,” Gordon said. “It’s certainly very possible to make it past the first two rounds because you don’t have to win. We know it’s important to win and we're going to be trying to win but we also know if we put solid, consistent races together, we will move into Round 3. And I would like a shot at Martinsville again, like we did last year, to try and get ourselves to Homestead.

“I think right now, realistically, if we were to make it to Homestead and we were up against a Gibbs car or a Penske car — which pretty likely you will be — or Kevin [Harvick], or a Stewart-Haas car, we’d be at a deficit. There’s no doubt about it. But that doesn’t mean it wouldn’t be possible.”

One of the advantages Gordon feels he has being a Hendrick driver is the amount of information the organization exchanges between the four teams. Despite having two teammates in the Chase — Jimmie Johnson and Dale Earnhardt Jr. — Gordon doesn’t anticipate that open book-policy changing unless there’s just one Hendrick team standing at Homestead-Miami Speedway.

“Look at last year at Martinsville, we had an opportunity to win that race,” said Gordon, who lost to Earnhardt by 0.34s at the line. “And Junior wasn’t even in the championship (hunt) at that time and he went and won that race.

“It shows you how competitive we are and the way that we function and the way that we communicate. It never really changes. And our strategy doesn’t change. We continue to share information. I think it’s one of the things that separates us from the competition or at least it has for many years.

“I think a lot of people have seen how we do it and caught up a little bit but right now it’s business as usual going into the Chase, preparing for each race, competing at a whole new level and hoping we find a little something because we need more speed.”

One last chance: Bowyer ready to give MWR a memorable Chase run