Can-Am to back Jeffrey Earnhardt and Bobby Labonte in 2016 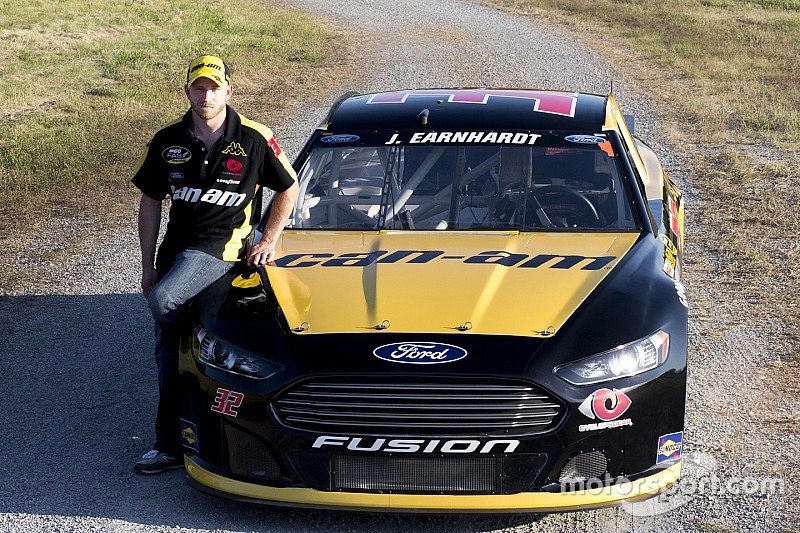 Bombardier Recreational Products will bring a sporty new look to NASCAR next year.

Jeffrey Earnhardt to run for ROTY

BRP’s Can-Am brand will sponsor Jeffrey Earnhardt in the No. 32 GoFAS Racing Team’s Ford for 11 races and as an associate sponsor for 23 events as the third-generation racer competes for 2016 Rookie of the Year honors in the Sprint Cup Series.

“My goal has always been to become a NASCAR Sprint Cup driver so this partnership between GoFAS, Kappa, Cyclops Gear and Can-Am is huge for me,” Earnhardt said. “I'm thrilled to have Can-Am on board as our partner for 2016. I'm an avid outdoorsman and their products are the gold standard for outdoor sports, so it's a perfect fit. With Can-Am supporting our team we're certain to increase our competitiveness throughout the 2016 season."

Labonte back for four plate races

Bobby Labonte, the 2000 NASCAR Cup champion, will pilot the car in the four restrictor plate tracks including the season opening Daytona 500, the Coke Zero 400 and the two Talladega Superspeedway races. Can-Am will sponsor the No. 32 Ford Fusion two of these events.

In addition to supporting the Sprint Cup effort, the Can-Am livery will run on Alex Labbe’s car for the full 2016 season in the Canadian Tire Series. Labbe will compete with Jacobs Racing, the team that won two NCaTS championships with driver Andrew Ranger. For the last four seasons, Labbe has dabbled in NCTS running 15 races but earning two poles, four top-fives and eight top 10 finishes.

“Chances like these, to have companies like Kappa, Can-Am and Cyclops Gear support you for a whole NASCAR racing season do not come often in a career,” said the 22-year-old St, Albert, Quebec native. “I want to make the most of the opportunity by showing that they took the right decision when they chose to bring me in their development program. “

Labonte, who has earned 21 Cup victories during his career, will serve as a mentor to both Earnhardt and Labbe moving forward. Labonte also won what is now the Xfinity Series title in 1991.

“I might be one of the veterans in the NASCAR garage but I’ve also had mentors in my younger days,” Labonte said. “This opportunity with Can-Am, Kappa, Cyclops Gear and the No.32 team is great for me as it allows me not only to drive in some of the most exciting races on the NASCAR Sprint Cup schedule it also allows me to give back to the sport by talented young drivers like Jeffrey and Alex.”

The partnership also includes four clothing collections from Kappa — one featuring the GoFAS Racing Team Collection — along with the CGX2 camera by Cyclops Gear which will share in the sponsorship and be distributed through BRP’s North American dealer network.

Earnhardt, 26, ran a limited schedule in both the Xfinity and Camping World Truck Series. He competed full-time in the No. 4 NXS car for Johnny Davis but a rash of misfortunes and mechanical failures resulted in an 18th-place finish in the standings.

Earnhardt made his Sprint Cup debut in the No. 32 GoFAS Ford with team owner Archie St. Hilaire last weekend at Richmond. He qualified 42nd and finished 40th.

"We are all really excited about this new partnership with Can-Am and Jeffrey Earnhardt for 2016", said GFR team owner Archie St.Hilaire. "This deal will improve our program and make us much more competitive in the upcoming season while giving Jeffrey all the tools he needs to succeed at this level. 2016 can't come soon enough for myself and everyone at GFR."

Earnhardt and Ives: A championship pairing?

Can-Am to sponsor Duel At Daytona