With "goal accomplished," William Byron looks for more at Dover 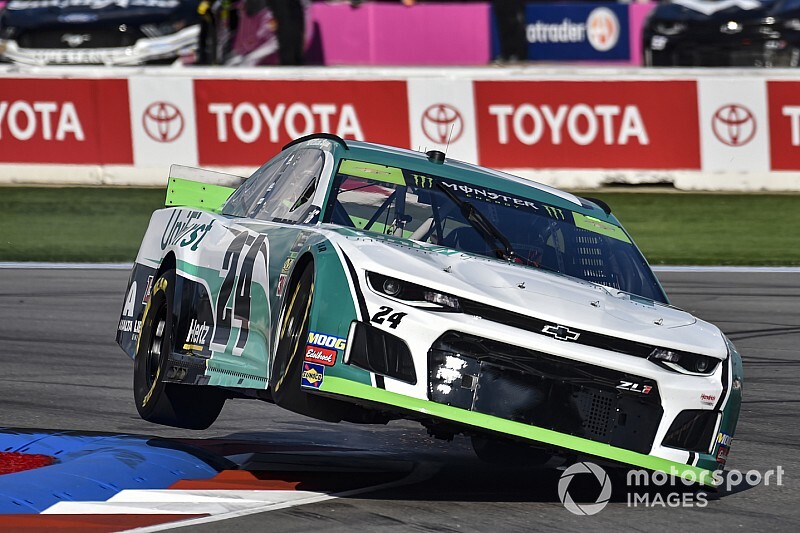 William Byron didn’t pick up his first NASCAR Cup Series win Sunday but he did advance in the playoffs and continues to impress his team owner.

Byron, 21, is in his second season in the Cup series but first qualifying for the playoffs. He entered Sunday’s Bank of America 400 at the Charlotte Roval in danger of elimination.

Following one of his most solid outings of the season in which he started on the pole, led 23 of 109 laps and finished sixth, Byron ended up tied for 10th in the standings and safely advanced to the Round of 12.

“Nobody knows how hard William Byron works. Chad Knaus (his crew chief) gives him homework. He studies everything. He's mature way beyond anything I could imagine,” said Hendrick Motorsports owner Rick Hendrick.

“He listens, he picks every single video apart and looks at all the traces. Nobody works as hard as William does to understand what he did wrong and what he did right or the guys that are in front of him, what they’re doing.

Byron jumped to a big lead from the start of the race but surrendered the lead to Kyle Larson with two laps remaining in the first stage.

While pit strategy at times sent him back in the field, he patiently worked his way to the front, always mindful of what he needed to do to advance in the playoffs.

“It feels awesome. It was a goal accomplished,” Byron said after the race about advancing. “We had a good car and we could have gone for more, for sure. But I just wanted to finish the race.

“I knew we were close on points, so just to finish the race was a goal accomplished. A sixth-place finish is good and we’ll go onto Dover. I know it’s a good track for us.”

Far behind in playoff points in the standings, Byron will start the next round at a points disadvantage once again. But he ran well at the spring Dover race, starting second and finishing eighth.

His mindset moving into the next round?

“Same thing, we can continue to do this for sure,” he said. “I have to recover from this race, the heat and go to Dover and have a really good race there.”

NASCAR to speak with Wallace after “not classy” confrontation

Chase Elliott: "We’re a stronger team now than we’ve ever been"