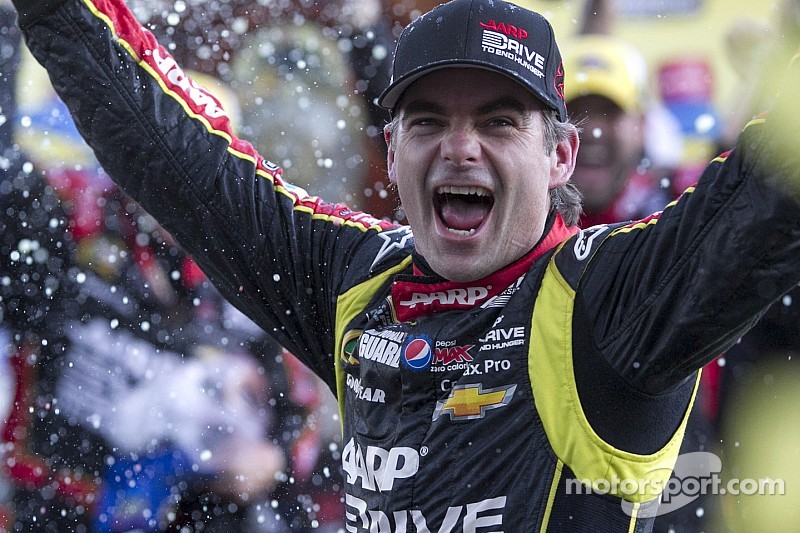 With the 4-time champion stepping away from the sport full time at the end of this year, and beginning what can only be a storybook season ahead for the veteran, let's look at the numbers significant to Jeff Gordon's career

The position that Jeff Gordon will start his final Daytona 500, after a hectic qualifying session that saw a major wreck for the first time the series has decided the '500 polesitter with more than one car on track at a time.

The number of championships that Gordon has amassed in his career. His first championship came in 1995, in a season that saw him lead 27.7 per cent of the laps he completed. He won a total of 7 races that season.

Jeff Gordon's average finish during from his 761 career starts (to date). Unless Gordon is unable to finish inside the top 40 during this final season, his final average finish should be well within one position of 12.4 at the end of the season. To contrast that number, Gordon's career average starting position is 10.4

The number of races that Gordon started on pole...and found himself in victory lane. A difficult feat during any era, in any discipline of racing. The first time the driver acheived this was also his first ever win in 1994 at the Coke 600. The last time he achieved this (to date) was last season, at Michigan.

The number of wins the veteran driver has won in his career. He sits thirds overall behind David Pearson on the all-time driver win list, and would need to collect a total of 14 wins before his retirement to overtake Pearson (105 wins). His milestone 50th win came at Talladega's Spring race in 2000.

The number of times that Gordon finished inside the top 5 in his career. To give this some perspective, his 320 top 5 finishes represent's 42 per cent of the races that he has entered.

Gordon's top 10 total, which just like above is truly put into perspective when broken down to a percentage. If you like odds, how about putting money on Jeff Gordon finishing in the top 10...as he would deliver 60 per cent of the time. (And just for fun, with 551 lead lap finishes, you could bet on him completing all the laps 72 per cent of the races he entered)

Gordon's career, which has been entirely spent with Rick Hendrick and Hendrick Motorsports, saw him cross the start finish line leading the race 24,664 times. This represents 11 per cent of the laps Gordon has completed in his career.

As reported by Racing-Reference.Info, the above number needs a dollar sign infront of it, as it represents the amount of prize money won by the Indiana native. This is easily backed up by the 2013 sale of his New York condo at $25 million. (He is also reportedly a real estate shark, as he reportedly bought the property for $9.7 million only 6 years prior, netting nearly $15 million in profit).

How much of that actually goes home with the driver?

The King & I: RPM offers fans a trip of a lifetime