BUSTED: The No. 33 Circle Sport Chevy popped with a P4 penalty 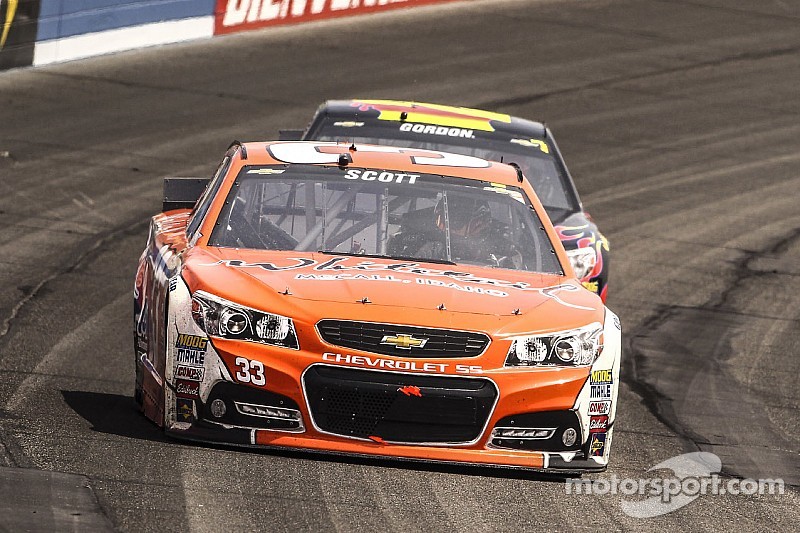 NASCAR has penalized the No. 33 Circle Sport Racing team in the Sprint Cup series for an unapproved truck trailing arm and its installation.

The rear suspension piece and mounting, which was discovered in pre-qualifying inspection last Friday at Auto Club Speedway, carries a P4 penalty.

Team owner Joe Falk has been docked 25 championship points. Crew chief Richard “Slugger” Labbe was fined $50,000 and suspended for the next three Sprint Cup Championship races along with non-point events. Labbe will be on probation throughout the end of the year.

The specific infraction, according to the 2014 NASCAR rulebook includes:

J. Truck trailing arm must conform to the following drawing as specified in the NASCAR rule book: Rear Suspension-Truck Trailing Arm: A-008-00183-14 Rev.C

B. Truck trailing arm mounting brackets must be constructed of magnetic steel flat plate with a minimum thickness of 0.169 inch.

A. Except in cases explicitly permitted in the NASCAR rules, installation of additional components and/or modifications of existing components to affect the aerodynamic properties of the vehicle will not be permitted, including but not limited to, safety systems, chassis and roll cage, suspension, steering systems, brake systems, heat shields, body fillers, body sealers, filler panels, drivetrain components and exhaust components

Brian Scott, who is running a limited schedule in the No. 33 Whitetail Chevy finished 27th on Sunday.

Labbe, 46, is employed by Richard Childress Racing. He transitioned into the research and development department after stepping down as crew chief for the No. 33 team and Paul Menard last October. This is not Labbe’s first offense. He busted following the 2012 August Michigan race for unapproved frame rails, sat out six races and incurred a $100,000 fine. In 2003, Labbe was cited for an illegal carburetor in the July Daytona race which cost him $25,000.

J.D. Gibbs treated for complications due to head injuries

It's TIREsome, but the hunt continues