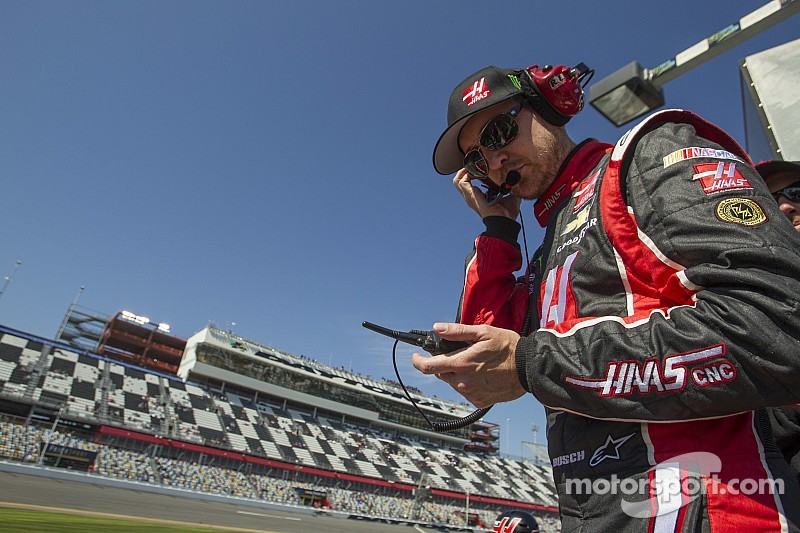 Will the Road to Recovery be the fast lane to Busch's reinstatement?

LAS VEGAS - Despite the Delaware Department of Justice announcing it will not press charges against Kurt Busch following accusations of domestic abuse from his former girlfriend Patricia Driscoll, NASCAR has not lifted its suspension.

Kurt Busch’s eligibility for reinstatement will continue to be governed by that program and the NASCAR Rule Book, though the elimination of the possibility of criminal charges certainly removes a significant impediment to his reinstatement.

The sanctioning body said in a release: "NASCAR is aware of the Delaware Department of Justice announcement today regarding driver Kurt Busch. As we disclosed Monday, he has accepted the terms and conditions of a reinstatement program and is actively participating in the program. Kurt Busch’s eligibility for reinstatement will continue to be governed by that program and the NASCAR Rule Book, though the elimination of the possibility of criminal charges certainly removes a significant impediment to his reinstatement.”

NASCAR Executive Vice President and Chief Racing Development Officer Steve O’Donnell said sanctioning body’s decision was based “on our review of the available details, including the court’s findings” that were included in the opinion of David W. Jones, Commissioner of the Family Court of the State of Delaware, who heard the case.

Jones, an appointed official and not a judge which has been falsely reported in some accounts, felt the evidence presented during the hearings showed “that it is more likely than not” that Busch “committed an act of abuse” against Driscoll “by manually strangling (her) with his left hand on her throat, while placing his right hand against her chin and face, causing her head to forcefully strike the interior wall” of Busch’s motor coach on Sept. 26, at Dover.

According to court transcripts, the word “strangle” was never used in the four days of hearings in December and January.

NASCAR also based Busch’s suspension on “the rulebook for Section 12.1.a: Actions detrimental to stock car racing, and Section 12.8, which is a behavioral penalty.”

However, Busch has maintained his innocence of Driscoll’s accusations – which allegedly occurred on Sept. 26 but were not reported until Nov. 5. On Thursday the Delaware Department of Justice concluded, “After a thorough consideration of all of the available information about the case, it is determined that the admissible evidence and available witnesses would likely be insufficient to meet the burden of establishing beyond a reasonable doubt that Mr. Busch committed a crime during the September 26th incident.”

We’re currently working with NASCAR to understand how this impacts Kurt’s reinstatement process.

Late Thursday, Joe Custer, executive vice president for Stewart-Haas Racing said in a statement, “We appreciate the thoroughness of the Dover Police Department’s investigation into the allegations made against Kurt Busch and respect the time the Attorney General put into his decision. They are the experts in these matters and the decision not to pursue charges is an important one. We’re currently working with NASCAR to understand how this impacts Kurt’s reinstatement process.”

Johnson goes for jackpot in Vegas

Did you get the memo? NASCAR changes qualifying day schedules