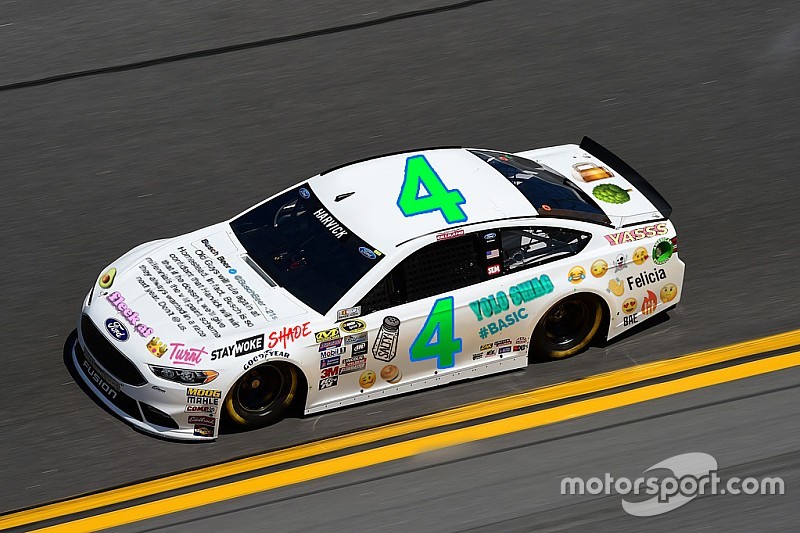 Kevin Harvick’s sponsor is so confident he will win the Monster Energy NASCAR Cup Series championship this season, it is putting his car’s paint scheme on the line.

Harvick, 42, is the oldest driver in the Championship 4 this weekend and Busch Beer is willing to bet a “Millennial-inspired” paint scheme on the No. 4 Stewart-Haas Racing Ford that he will conquer his younger competition.

If Harvick does not win his second Cup title on Sunday Busch Beer will plaster a paint scheme on the No. 4 Ford in a race next season with a nod to the younger generation, including some of the most overused expressions and emojis.

“Busch is a fun partner and they like to make things interesting,” Harvick told Motorsport.com. “It’s great that they have so much confidence in what we do as a team.

“We do our best every time we get to a race track and this week is no different. It’s been an interesting year with a lot of the younger guys coming into the sport in a big way, but at the same time you can’t replace experience and fast cars.

“We’ve been fortunate to have both. Hopefully, we can win and not worry about running the millennial scheme next year.”

Throughout the 2018 season, Harvick has embraced the elder statesman role in the Cup series, tweeting with the hashtag #oldguysrule.

Earlier this weekend, Busch unveiled a sample of what the paint scheme would look like.

Check out the NASCAR Heat Champions final in Miami...