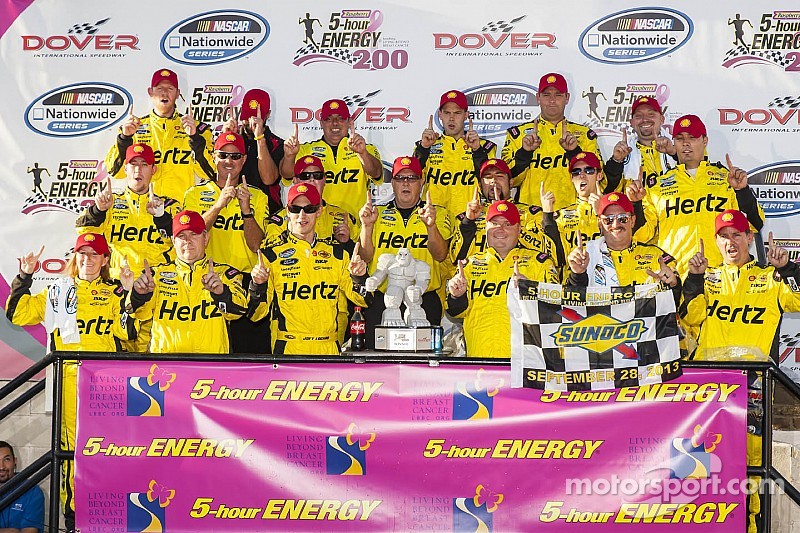 AVONDALE, Ariz. – Brad Keselowski let the cat out of the bag.

After winning the DAV 200 Honoring America’s Veterans, Keselowski slipped and mentioned that this would be the last race for crew chief Jeremy Bullins with the Team Penske’s Nationwide Series team.n

When asked what made Saturday's Phoenix win special, Keselowski replied, "I've got the boss (Roger Penske) here, I've got Jeremy here, his last year, our last race of the year driving the 22 car..."

Bullins is rumored to be heading to Wood Brothers Racing next season to oversee Ryan Blaney’s program in the No. 21 Motorcraft Ford. He’s worked with Blaney since the 20-year-old third generation racer made his debut in 2012.

Bullins has been a force at Team Penske. Under his direction the team won the NNS title last season and have a 29-point lead heading to the season finale Homestead-Miami Speedway. In three seasons, Bullins has 21 wins in 98 starts.

"Jeremy, he's got a driving school going on here," Penske said. "Everybody who gets in the car wins and today he proved that again."

Bullins joined Penske prior to the 2012 season after working as the race engineer for Kevin Harvick at Richard Childress Racing. The 37-year-old Walnut Cove, N.C. native graduated from North Carolina State University and worked with the Wood Brothers early in his career. He was the car chief and crew chief for Jon Wood's Late Model and Pro Cup cars and the shock specialist/engineer for the No. 21 Ford in the late 1990s through 2002.