Buescher to drive the No. 34 Ford Sprint Cup car at Fontana 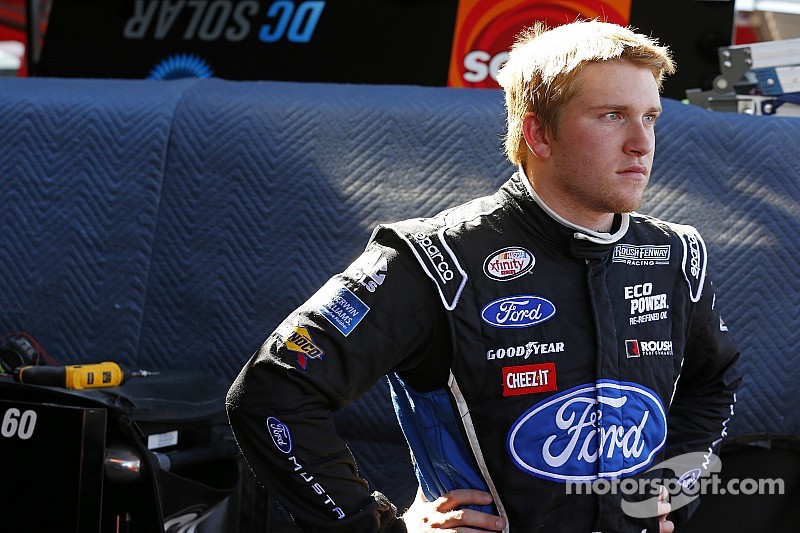 Fontana, Calif. – Chris Buescher will drive the No. 34 Ford for Front Row Motorsports this weekend.

Sources confirmed to Motorsport.com that Buescher will sub for Brett Moffitt, who was a last minute fill-in for Brian Vickers in the No. 55 Aaron’s Ford for Michael Waltrip Racing.

Moffitt has been filling in for David Ragan, who is running the No. 18 Toyota while Kyle Busch is recovering from injuries sustained in the NASCAR XFINITY Series season opener.

Buescher described his morning as “very hectic” since RFR general manager Robbie Reiser called him with the news.

“The biggest issue we’re gonna have is just getting the seat right,” Buescher said. “I run an aluminum seat on the XFINITY side and we have a carbon seat to work with here.  We’re just trying to adapt this insert to me, so we’ve got to work on it just a little bit and move everything around – the steering and pedals and all that – but these guys have already jumped right in and are working hard at it.

“I know it’s not only hectic for me, but for everybody involved in this process right now.”

The 22-year-old Prosper, Texas-native is in his second full season with Roush Fenway Racing.  Buescher is currently second in the XFINITY Series point standings. His best result this season was second in the season opener at Daytona but he has an average finish of 8.5 in the first four races.

He earned his breakthrough win at Mid-Ohio last season and finished seventh in the 2014 NXS point standings. He has posted seven top fives and 18 top 10 finishes since transitioning full-time in the No. 60 Fastenal Ford.

I told him to go for it, because it's seat time, it's experience. It's something you can't turn down.

"When he talked to me about it, I told him to go for it, because it's seat time, it's experience," Graves said. "It's something you can't turn down.

“Obviously, the XFINITY Series car is our priority this weekend. This is where he’s running for the championship and where we’re competing for points. This is the priority, but we'll make sure he has fair time over there to get the car dialed in over there. We'll manage it. People do it all the time."