Bubba Wallace on NASCAR return: Some people “want to see us fail” 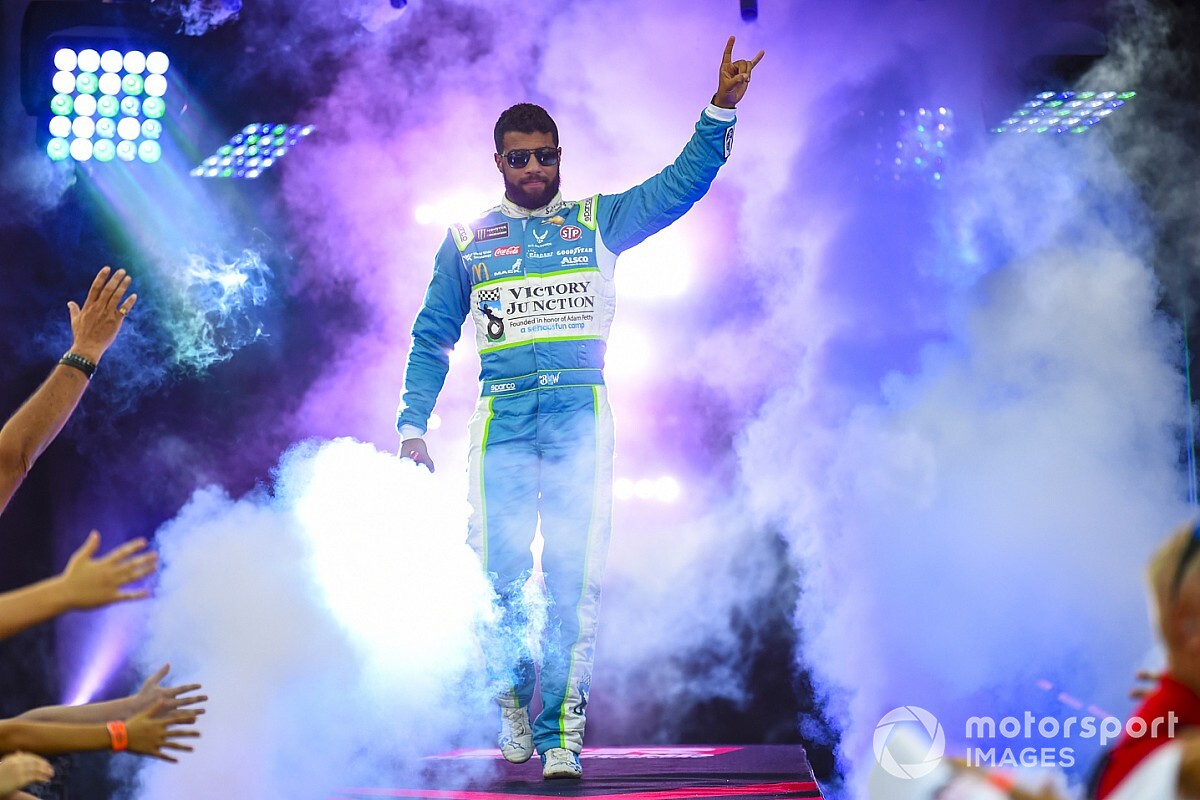 Bubba Wallace believes there are “some people out there that want to see us fail” when NASCAR makes its bold return to racing after the coronavirus pandemic hiatus at Darlington (S.C.) Raceway Sunday.

The driver of the #43 Chevy for Richard Petty Motorsports believes the eyes of the American sporting world will be on NASCAR this weekend, as it becomes the first major motorsports series to race following the lockdown measures and sporting restrictions imposed across the world. The Cup Series will return to live action Sunday afternoon, with a 400-mile race at Darlington.

NASCAR has put in place many health safeguards to run this weekend’s event safely behind closed doors. These include screenings, social distancing, compartmentalization, and the use of personal protective equipment – face masks and gloves – that must be followed at all times while at the track.

Wallace told The Rich Eisen Show on NBCSN that he doesn’t think everyone is wishing the series well, and that some will “nitpick” if the guidelines aren't followed to the letter.

“I think we are setting the tone for how this goes,” said Wallace. “I think there will be a lot of eyes on us because one, sports will be back on TV and two, there are some people out there that want to see us fail and can nitpick at every little thing if we don’t follow the right guidelines.”

All NASCAR drivers, team personnel and officials will be subject to health screening, with fines threatened to any members who are caught breaking these rules.

Of his own health situation, Wallace said: “I’m as healthy as I can be right now. We are all on eggshells with the screening process, what goes down and takes place. It’s just kind of nerve-wracking because if one driver has it, it can all be taken underneath them. We are all taking extra measures [to be] ready physically, emotionally, mentally.”

Wallace also said that he doesn’t think it will take long for drivers to shake off their initial caution for Sunday’s race, for which the grid has been decided by a random draw, despite a break in competition that stretches back to Phoenix on March 8. There will be no practice nor qualifying sessions, ahead of the race itself.

“I think we are all going to be mindful,” he said of the opening lap. “We don’t know what the cars are going to do diving into Turn 1 at one of the craziest, most historical places such as Darlington.

“We will all be cautious, but don’t know when that might switch off, maybe lap two?”

Ryan Newman: "I feel like a complete walking miracle"