Last year’s Talladega winner Bubba Wallace says there’s “a lot to figure out” about how the NASCAR Next Gen car works in the draft and revealed that Toyota held a two-hour aero meeting before they even arrived at the track for Cup Series practice at Daytona.

Toyota’s six drivers, spread across the Joe Gibbs Racing and 23XI teams, were the first to file up in line and practice drafting on Tuesday as the Next Gen cars hit Daytona’s high banks for the first time in anger.

Five of its Camrys ended the opening practice in sixth through 10th on the speed charts, topped by five Ford Mustangs that teamed up later. Fords then swept the top 10 spots in the second session under the lights.

“The aero platform of this new car is a little bit different,” said Wallace. "There will be a lot to figure out.

“Hopefully, we will do a lot of that in the Duel to see what we can really do with this car and what we need to work on when we go to Talladega and back here to Daytona. It’s a world of unknown that takes a lot of digesting and dissecting that makes us better than we were with last year’s car.

“We had a two-hour long aero meeting before we got on track to try to figure out where to position our car. Things are a little different, but at the end of the day it’s driving racecars. When you’ve got the run, make the most of it and utilize that. Put yourself in the right position.” 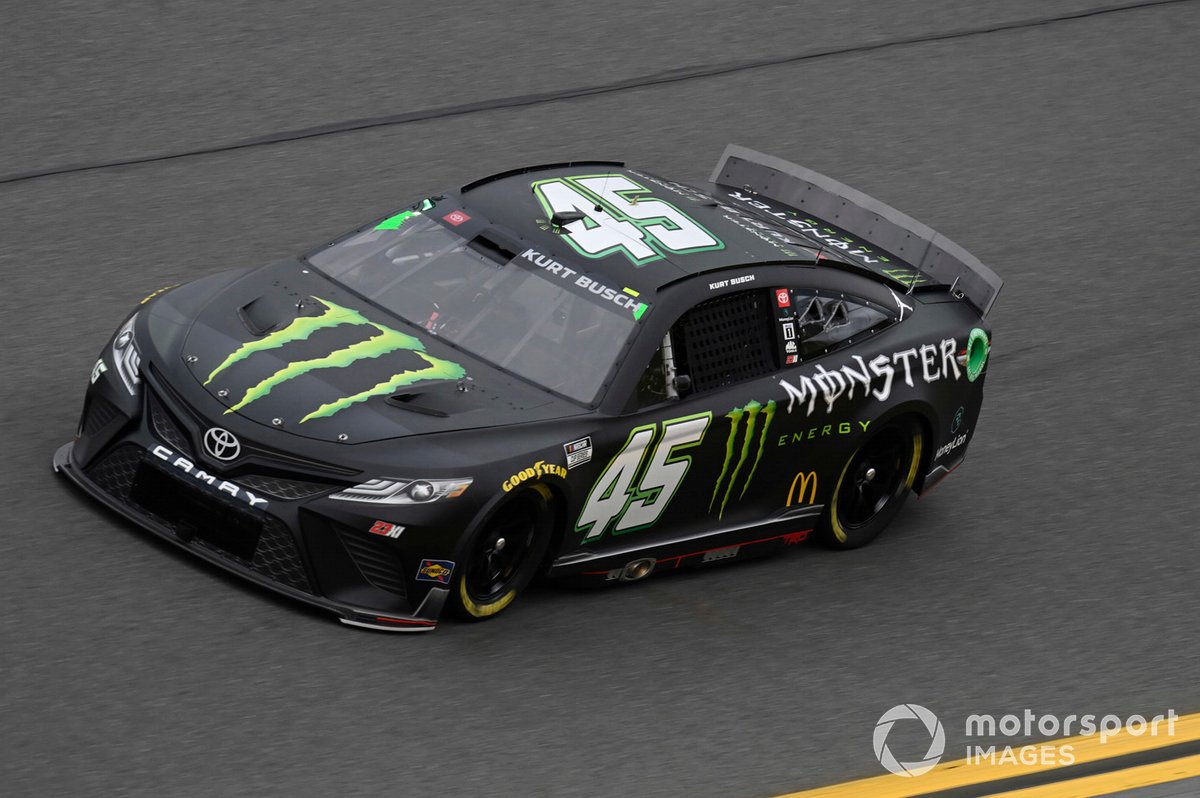 “One thing at 23XI that I’m really excited about, and the information from TRD and Toyota, is all of these different channels of information,” said Busch, who drove for Chip Ganassi Racing last year. “There’s this app, there’s this drawing, there’s this graph.

“There was an 82-page wind tunnel report on drafting with this car and this final rule package. It’s endless with the amount of information that you dig through, and you have to pick the right things to stack on top of each other now to just find that one-tenth of a second.”