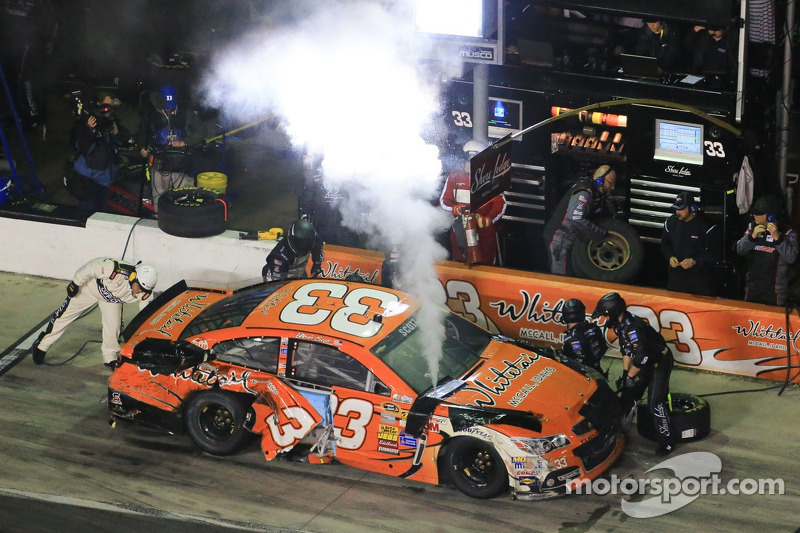 Brian Scott started 12th in the 56th running of the Daytona 500. In only his second NASCAR Sprint Cup Series start, Scott finished 25th. 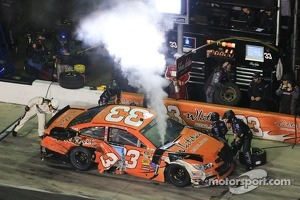 Brian Scott qualified his way into NASCAR's most prestigious race, the Daytona 500, and did it in impressive fashion. In only his second NASCAR Sprint Cup Series race, the 26-year-old rolled off the starting grid from the 12th position in his No. 33 Whitetail Chevrolet. In the opening laps, Scott made his way inside the top five and was running single file with the leaders in the fourth position. The 200-lap event was halted at lap 38 for rain. After sitting under red flag conditions for six hours and 22 minutes, the field once again went back to racing. The pack raced two-by-two and three-wide with the No. 33 searching to find the right line to surge back to the front of the field.

Nearing the halfway mark, Scott experienced radio issues, and through the next 40 laps, spotter Billy O'Dea directed the driver around the 2.5-mile Superspeedway. As speedway racing goes, Scott got collected in three on-track accidents. His Whitetail Chevrolet team had a "never give up" attitude making repairs to the Chevrolet SS and went onto finish 25th in the Daytona 500.

"Once again, that was superspeedway racing. We spent half of the race without radio communication. Thank goodness I could hear my spotter, but I was only hearing white noise when he didn't key the radio. We would've had a top-10, top-15 finish if we didn't get caught up there at the end. My guys never gave up and worked extremely hard to keep our Whitetail Chevrolet running as best as can be all day long."