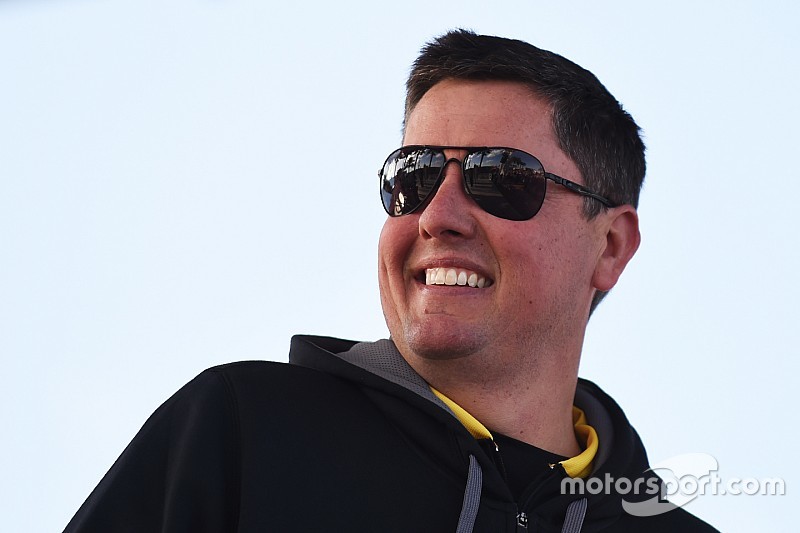 Brian Pattie will take over crew chief duties on the No. 16 Roush Fenway Racing Ford with Greg Biffle in 2016, sources confirmed to Motorsport.com.

The 40-year-old Zephyrhills, Florida native has worked as a crew chief for Michael Waltrip Racing for the last four seasons.

Pattie started his NASCAR career with fellow Floridian Joe Nemechek in 1994. He led a variety of NEMCO teams to seven Xfinity Series wins in four years. Although Pattie left NEMCO for a short stint with Hendrick Motorsports in 1996, he returned in 2003 to work as a team manager and crew chief with Randy LaJoie and Nemechek.

He moved to Ganassi Racing in 2004 and won NXS races with Jamie McMurray and Reed Sorenson. In 2008, Pattie was reassigned to the No. 42 Target team midway through the season as the third crew chief to work with former Formula 1 driver Juan Pablo Montoya. Together, Pattie and Montoya won one race, seven poles and posted 16 top fives and 39 top-10 finishes. Pattie also guided the team to the 2009 Chase for the Sprint Cup — Montoya’s only appearance in the NASCAR post-season.

Pattie declined comment on his plans for next season.

In 2012, Pattie was recruited by Michael Waltrip Racing where he was assigned to Clint Bowyer. The pair won three Sprint Cup races their first season together and finished second in the Chase. However, after their third winless season together, Pattie was moved from the No. 15 team to the No. 55 Toyota with David Ragan after 16 races.

Biffle is in the first season of a three-year contract with Roush Fenway Racing. Biffle was the first driver to earn a championship for team owner Jack Roush in 2000. Two years later, he won the NXS title and then graduated to the Cup series in 2003.

Puccia joined Roush Fenway Racing in 2005. He started as a crew chief in the Camping World Truck Series with David Ragan and Carl Edwards for partial schedules then led Erik Darnell to a fourth-place finish in the 2008 truck standings. Puccia worked with Paul Menard and Ricky Stenhouse in the XFINITY Series and guided Menard to a fifth-place run in the 2010 title hunt.

Puccia replaced Greg Erwin as crew chief on the No. 16 3M Ford midway through 2011 and the pair earned three poles, two top fives and five top 10 finishes for the final 18 races. In the last four seasons together, the pair has earned three wins, six poles,  24 top fives, 54 top 10s and qualified for the Chase in three times.

Sources said Puccia will be reassigned within the company.