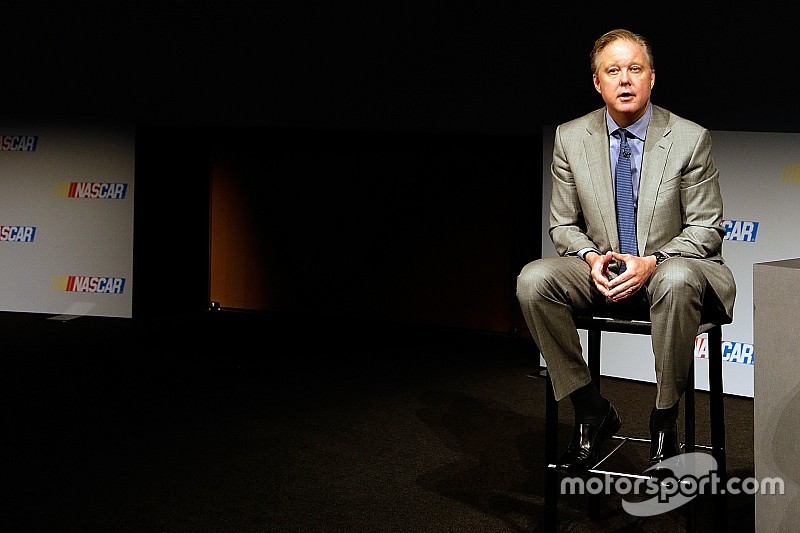 NASCAR Chairman Brian France still believes the sanctioning body is on schedule to announce an entitlement sponsor for the Cup Series some time next month.

“We’re on schedule give a week or two here or there,” France told Motorsport.com on Thursday.

France was in Chicago The Chase Media Day prior to the first race of the playoffs at Chicagoland Speedway.

As for sponsors — or sponsor — France did not offer specifics other than to say it’s shaping up to be just one for the entitlement. However, France added, “We’ll see.”

Although Kroger appeared to be one of the frontrunners mid-summer, the likelihood of other potential partners such as PayPal and Coca-Cola have been emerged as possibilities over the last month.

Keselowski searching for second crown: "I felt I deserved to win it in 2014 and I didn’t"

Jimmie Johnson: "We don’t want to be in the position we’re in"