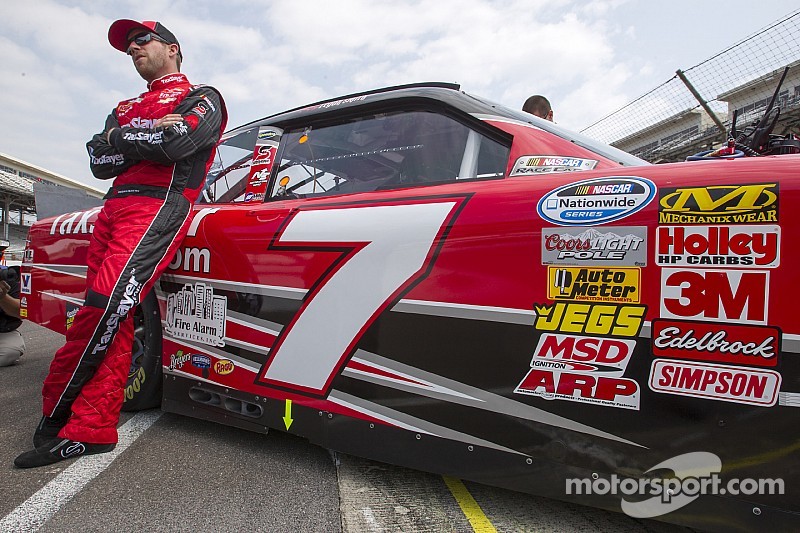 Regan Smith rebounds from a rough XFINITY Series outing with a new bundle of joy.

Regan and Megan Smith welcomed a son into the world early Wednesday morning.

Smith, who drives the No. 7 TaxSlayer Chevy for JR Motorsports in the XNFINITY Series and is currently filling in for Kurt Busch in the No. 41 Haas Automation Chevy for Stewart-Haas Racing in Sprint Cup, tweeted the following photo:

Smith needed a bit of good news after starting the season with a 35th-place finish in the NXS at Daytona.

We had a really good Chevrolet last was in Daytona – and it wound up coming back to the hauler on a flat bed.

“We had a really good Chevrolet last was in Daytona – and it wound up coming back to the hauler on a flat bed,” Smith said. “It wasn’t the way I wanted the day to end, for sure.

"But we have the team and the equipment to rebound well at Atlanta this weekend.”

On Sunday, Smith salvaged the weekend with a 16th-place result in the Daytona 500 with the SHR crew.

It's a hand slap for Danica Patrick's team