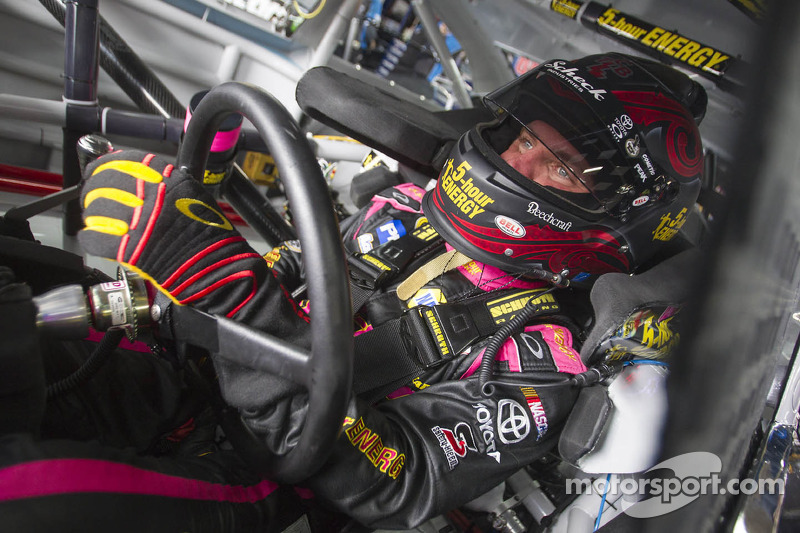 Clint Bowyer, AJ Allmendinger, and Josh Wise have transferred from the Sprint Showdown and into the All-Star Race.

CONCORD, N.C.— In a race that ran according to form, Clint Bowyer beat AJ Allmendinger to the finish line by 2.547 seconds Friday night at Charlotte Motor Speedway, as the drivers finished 1-2 in the Sprint Showdown and advanced to Saturday night's NASCAR Sprint All-Star Race.

The biggest upset of the evening, and one of the biggest in recent NASCAR history, came in the Sprint Fan Vote, with Josh Wise elected to the all-star event over odds-on favorite Danica Patrick, who will sit out the event in her second full season of NASCAR Sprint Cup Series racing.

Allmendinger grabbed the lead from pole winner Austin Dillon on the opening lap and held it until Bowyer passed him with two laps left in the first of two 20-lap segments. Bowyer restarted the second segment in sixth place, as the first car on four new tires, but it didn’t take him long to overtake Dillon, who made a two-tire stop under caution between the segments.

Bowyer passed Dillon for the lead on Lap 24 of 40 and held it the rest of the way, gradually pulling away from Allmendinger, who like Dillon took two fresh tires on his pit stop. 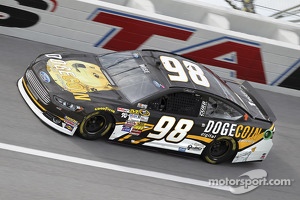 After a disappointing start to the season, and a particularly frustrating race last Saturday night at Kansas Speedway, Bowyer and crew chief Brian Pattie hashed out their performance issues during the week.

“I spent a lot of time with Brian in the shop this week, and we really talked about a lot of things,” Bowyer said. “I feel like we got to the bottom of a lot of our problems. We came here with a little bit different setup than we’ve been running at these mile-and-a-half [speedways].

“It’s a huge improvement. I’m really excited about all of this. I’m really more excited about the way our car handled… It’s not too many sporting events in the world that pay a million bucks to win, and it’s nice to have a shot at it [Saturday] night.”

Allmendinger, who also had campaigned actively for the Sprint Fan Vote, and promised to do the “Worm” across the driver introduction stage if he won, earned the second transfer spot on the track.

Allmendinger had a story similar to Bowyer’s, relative to his performance on intermediate tracks.

“We’ve really struggled on these mile-and-a-half race tracks this year,” Allmendinger said. “We’re not quite where we want to be yet, but I feel like we’re definitely making the car better.”

Eighteenth-place finisher Wise, whose Phil Parsons-owned team recently picked up sponsorship from Dogecoin and Reddit.com, got huge support in the Fan Vote from the on-line community.

“I’m still trying to wrap my head around it,” said Wise, whose campaign gained momentum after a posting by a teenager on Reddit.com. “They (the Reddit community) started voting for this, and I thought it would be a pretty tough thing to accomplish, but they did it.

Kenseth and Johnson not exactly has-beens

The Carl Watch: Will he stay or will he go?