Bowyer on the bubble: "We can win this race" 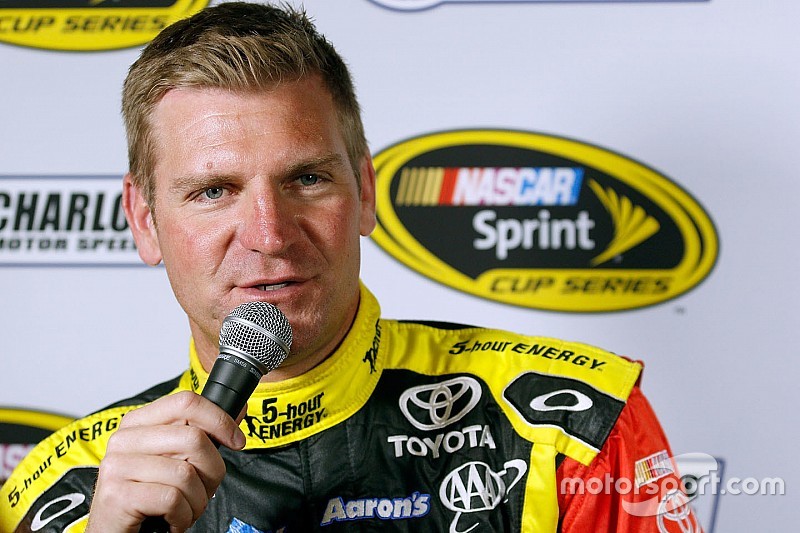 Clint Bowyer goes into Richmond as the man on the bubble, hoping to make the Chase in the final year of Michael Waltrip Racing before the team shuts their doors.

Yes it is, Clint.

Clint Bowyer heads to Richmond this weekend vying for one of the five coveted spots remaining inside the 2015 Chase for the Sprint Cup. He is currently in possession of the 16th and final slot.

The 36-year-old expressed his love of this Virginia race track on Friday morning, a place where he has two wins and eleven top tens in 19 starts.

"Couldn't think of a better place to come to try and seal this deal and get ourselves into this Chase. I'm very proud to have a shot to be a part of it. Looking forward to the races after that - You don't just want to back your way into the Chase and be the first one out. I want to go some rounds, have some fun in it and make some noise."

On the bubble, but not looking back

The driver of the No. 15  sits in a precarious position at the moment. He has a 29-point advantage over Aric Almirola, but being the man on the bubble means that if any of the 16 non-winners behind him make it to Victory Lane Saturday night, his title hopes will be over before they even start. Despite this, he wants to look forward, instead of behind him.

"(Paul Menard's) only ten points ahead of me. It's one of my best race tracks and that's one of the first things on my mind when I looked at those points and saw where Menard was. I thought that was doable. Nobody ever likes looking over their shoulder and wondering what's behind them."

I'm telling you, two months ago - I didn't even see this as a possibility. They (MWR team) really dug deep.

Bowyer believes he can control his own destiny, pushing past Menard in the standings and even taking the win for himself, declaring "We can go out and we can win this race, I can tell you that. We've done it before and we're capable of that. Who knows; there's nothing to be said that it won't be us in Victory Lane.

There's a lot on the line for the Kansas native. He won't just be leaving Michael Waltrip Racing at the conclusion of the season - the team is shutting down and this is their final opportunity for redemption after the 2013 SpinGate scandal, an indelible blight on Bowyer's racing resume. Both MWR cars missed the Chase in 2014.

"First of all, it's very humbling - all the phone calls," explained the Michael Waltrip Racing driver. "As soon as the news comes out that you're not going to have a future at your present employment, obviously you're nervous and you're worried about what that means for yourself and your people. It's humbling the people that have reached out and been interested in me."

Many people think that making the imminent end of this once promising race team public when they did will ultimately hurt their efforts as Bowyer attempts to make a run at the championship. However, Bowyer feels it was the right thing to do. "I thought that we owed it to them to tell them as early as possible so they could go out and work on their future and know what that future held and that they didn't have one at MWR. For me, I felt that's how you get the most out of your people throughout the year. Obviously, people have families to provide for and futures to worry about.

"We marched back into the Chase," Bowyer said of the confidence he still has in the team. "I'm telling you, two months ago - I didn't even see this as a possibility. They really dug deep. We switched crew chiefs and some really key components of the race team around and boom, we took off."