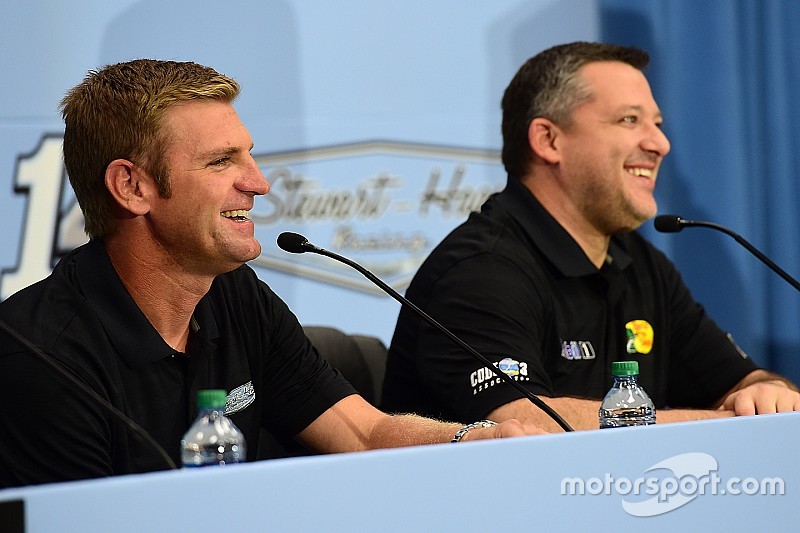 Clint Bowyer will replace NASCAR icon Tony Stewart after his retirement at the conclusion of 2016.

Tony Stewart officially announced that he will be stepping out of the seat of the No. 14 after the 2016 season. As Motorsport.com previously reported, Bowyer will replace him in 2017.

“I plan to make the most of my final year as a driver in the NASCAR Sprint Cup Series, and part of that is to ensure that when Clint Bowyer takes over the No. 14 in 2017, he has everything he needs to win races and contend for the championship," Stewart said in a release from SHR. "I’m very comfortable with this decision and what the future holds for me and Stewart-Haas Racing.”

Clint Bowyer is currently competing in his tenth fulltime season at the Cup level. Bowyer has won eight races in his career and was the 2012 championship runner-up. He currently races for Michael Waltrip Racing, which is shutting down at the conclusion of this season. Motorsport.com understands that he will replace Justin Allgaier in the No. 51 HScott Motorsports Chevrolet during Stewart's final season.

“Today is an incredible opportunity and I’m proud and excited to take over the No. 14 in 2017,” said Bowyer, the 2008 NASCAR Xfinity Series champion. “Whether it’s racing him on Sunday or watching my dirt late model teams race at his famed Eldora Speedway, Tony and I share the same passion for racing.

"That makes this opportunity a perfect fit for me. I appreciate everything he’s done for me and the sport of auto racing. These are big shoes to fill, but boy am I ever looking forward to getting behind the wheel of a champion’s ride, and have Tony there with me along the way.”

Stewart announces 2016 season will be his last as a driver