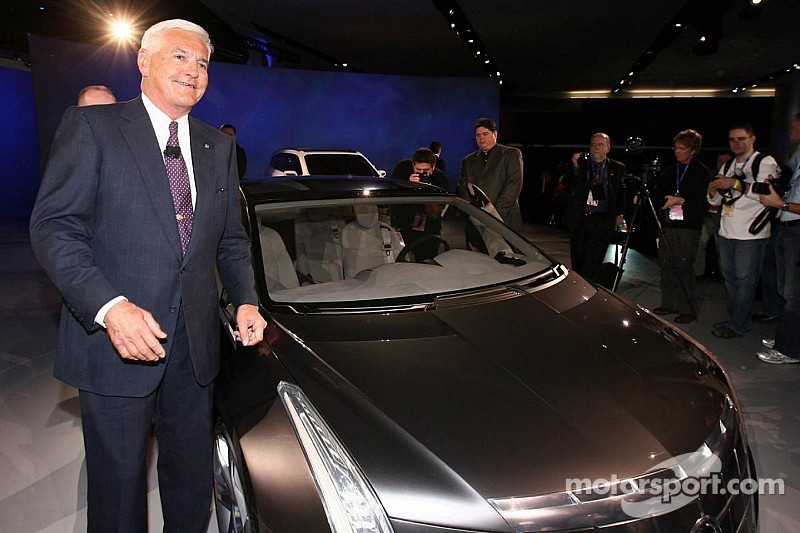 I’ve been an admirer of Bob Lutz, the charismatic auto executive who had senior leadership positions at Ford, BMW and most recently General Motors, since I first met him when he was a Chrysler executive.

Lutz had just orchestrated the Viper with Lee Iacocca and Carroll Shelby, which was a wonderful grandstand play, but it was his gutsy backing of the revolutionary 1994 Dodge Ram, one of the boldest moves by any U.S. manufacturer in the past 30 years, that impressed me more.

At the time, Dodge was absolutely dead in the water when it came to truck sales – Ford and Chevrolet owned the full-sized market. Lutz showed us the new Ram, with its massive 18-wheeler-inspired grille, handsome profile and available V-10 engine, long before the rest of the world saw it. At the time, he had no idea whether or not it would work.

But, he said, “If 90 percent of the buyers hate it, and 10 percent like it, and that 10 percent buys it, we’re way ahead of where we are now.” The truck was a smash, almost immediately vaulting into the fourth best-selling vehicle in the U.S. Just when you’d be prepared to write off Chrysler, they’d come up with the 1984 minivan, the 1994 Dodge Ram or the 2001 PT Cruiser, and the next thing you knew, they were back in the game.

The years I spent in Detroit were concurrent with Lutz’s career peak, and while I would never say we were pals, I invariably looked forward to what he had to say about things automotive. When it came to product, no exec had better instincts. Even now, at 83, he remains a player, having just signed on as chairman of Via Motors, a small startup that plans to take GM trucks and retrofit them into hybrids.

I mention all this to establish that yes, Lutz knows the automotive business, having joined GM after flying jets in the military. So it is tough to discount what Lutz says in the May issue of Road & Track magazine, where he inhabits the last page of every issue. Usually it’s a Q&A column, but in this latest issue, he wrote about “manufacturer-sponsored racing.”

He doesn’t like it. “Today, as a manufacturer, I would no longer spend the money – not on Formula 1 nor any other open-wheel series, the DTM, any sedan series, and most certainly not on NASCAR,” Lutz wrote.

At Chrysler, he said, “I was able to stave off” spending big bucks on NASCAR, “but the door barely slammed behind me before Dodge signed up for a major sponsorship.”

Lutz was later the chairman of Exide, the battery company, and “I had to live with the prior CEO’s commitment to the number 99 car, driven by Jeff Burton. The company was on the verge of financial collapse, and yet we were burdened by the enormous expense.”

And at GM, “where I rounded out my career as vice chairman, I was vocal in my disdain for Pontiac’s and Chevrolet’s NASCAR involvement. ‘Win on Sunday, sell on Monday’ certainly wasn’t working for the humble, pushrod V-6 Grand Prix sedans and Monte Carlo coupes.”

Why so bitter, Bob?

Why the disdain? The money spent on racing, he says, simply isn’t a good investment. And in NASCAR especially, “media coverage was always focused on the driver, not on the marque.”

Plus, “I darkly suspect,” he writes, that much of the appeal for manufacturers who back racing is “the VIP treatment – wining and dining, meeting drivers, touring the track – bestowed on mid-level executives who fund the programs out of their marketing budgets.”

Lutz in entitled to his opinion, certainly, but make no mistake: He’s, well, made mistakes. Remember the time in 1996 when he landed his Czech Aero L-39 military-surplus jet at Ypsilanti’s storied Willow Run airport, with the landing gear up, because he got distracted and forgot to lower it?

Yeah, same Bob Lutz, best served with a little seasoning, like a grain of salt. Today, it’s tough to find a manufacturer that doesn’t back racing. I have to think all those companies, be they Cadillac or Kia, Ford or Ferrari, Bentley or BMW, aren’t there just because their “mid-level executives” want to rub elbows with Boris Said or Kurt Busch.

Truex is ready to tackle Texas

Childress responds to No. 31 team's plans to appeal