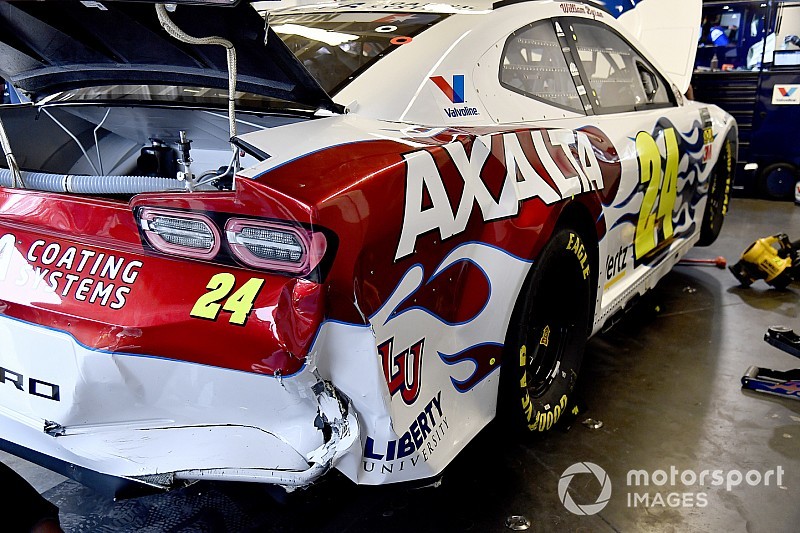 Racing always evolves but Kevin Harvick believes some of today’s moves would get “a fist in your mouth” 10 years ago.

Side-drafting, aggressive bump-drafting, blocking – all of these things have been a part of NASCAR racing, but in recent years their frequency seems to have increased.

Every inch of the track – and sometimes parts not on the racing surface – are used to a driver’s advantage in order to gain a win, a good result or simply another position.

Asked Friday at New Hampshire Motor Speedway when the more aggressive form of racing began, Harvick said: “If you drove like this 10 years ago, you’d have had a fist in your mouth.

Blocking at superspeedway races has been commonplace for years, and also quite controversial.

There are no rules in NASCAR prohibiting blocking, but more than one driver has vowed to wreck those who insist on doing it repeatedly.

NASCAR’s new aero package in the Cup series this season seems to have contributed to an increase in the use of blocking as a form of drafting has become commonplace now at intermediate tracks.

“On the mile-and-a-half race tracks, if you can keep somebody behind you – and that comes with side-drafting and blocking and all those things – if they’re directly behind you, there’s no way they’ll pass you because of the aero,” Harvick said.

Brad Keselowski, who won the pole for Sunday’s race at New Hampshire, agreed with Harvick “100 percent.”

“Things have changed dramatically in that what was acceptable 10 years ago would get you pushed out of this sport if you were a driver that did it today, because you’d lose your ride,” he said. “So, this sport is dynamic. It always has been.

“As a whole, my philosophy has always been that you’re not a great driver unless you can take a car that shouldn’t win and win with it, and that’s going to come through ‘advance tactics.’ Some of those tactics are less controversial than others.  Some of them evolve the sport in good ways or bad ways.

“But the reality is that’s what separates the best from the good."