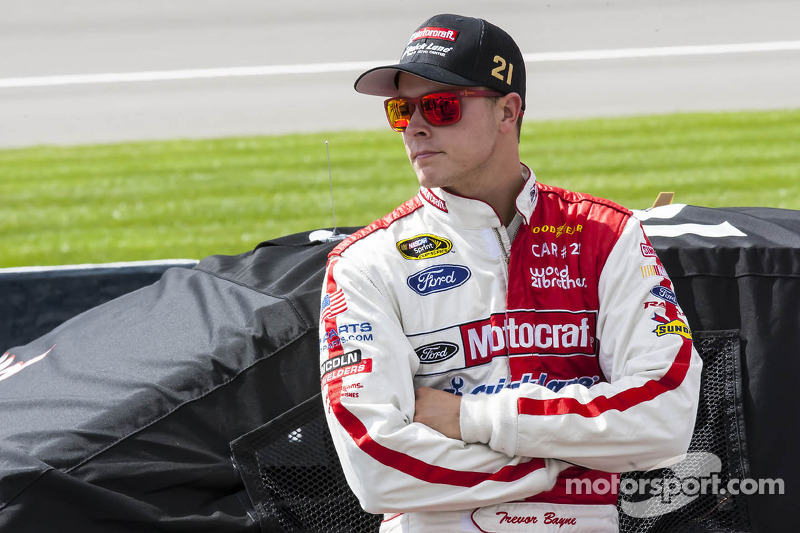 Trevor Bayne’s first laps in the No. 21 Motorcraft/Quick Lane Ford Fusion on Friday at Michigan International Speedway weren’t at all what he and the team were expecting. 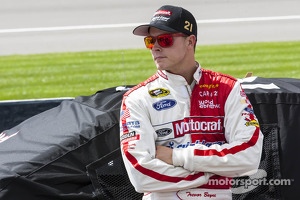 His best lap in practice; at 196.732 miles per hour, was 34th on the speed chart and cause for concern for a team having to qualify on speed or miss a race at the home track of long-time backer Ford Motor Company.

Between the last lap of practice and Bayne’s one lap run against the clock, the Motorcraft/Quick Lane team found nearly five miles per hour. His lap at 201.337 mph was 18th fastest, putting him safely in a starting line-up topped by the Ford Fusion of Joey Logano.

Team co-owner Eddie Wood said he was proud of the work done by crew chief Donnie Wingo and the Motorcraft/Quick Lane crew.

“We really struggled in practice, but Donnie and the crew went to work, made a lot of changes to the car and made it much better,” Wood said. “We’re happy to be in the show, and I think the car will race well on Sunday.”

Wood was relieved to see Logano carry the day for Ford, especially at Michigan, the home track for the U.S. automakers.

“But I’m always glad to see a Ford on the pole, wherever we’re racing,” Wood said.

For Bayne, the dramatic pick-up in speed from practice to qualifying came as somewhat of a surprise.

“It kind of threw me off in practice because we were so bad,” he said. “We were really tight in the center [of the corners], hitting the splitter and not turning.”

“We went out for that [qualifying] lap and now I feel like I under-drove it because I didn’t expect it to turn that good. We got down in the corner and it never pushed and I never hit the splitter.”

Bayne, who will practice the No. 21 Motorcraft/Quick Lane Fusion Saturday morning then fly to Mid-Ohio to race the No. 6 Mustang in the Nationwide Series, said he’s more optimistic about his chances in Sunday’s race after seeing how much Wingo’s adjustments improved the handling of his car.

“We will be good in the race here if we can make adjustments like that,” he said.

The Pure Michigan 400 is set to get the green flag just after 1 p.m. on Sunday with TV coverage on ESPN.