Austin Dillon enjoys his best run since winning the Daytona 500 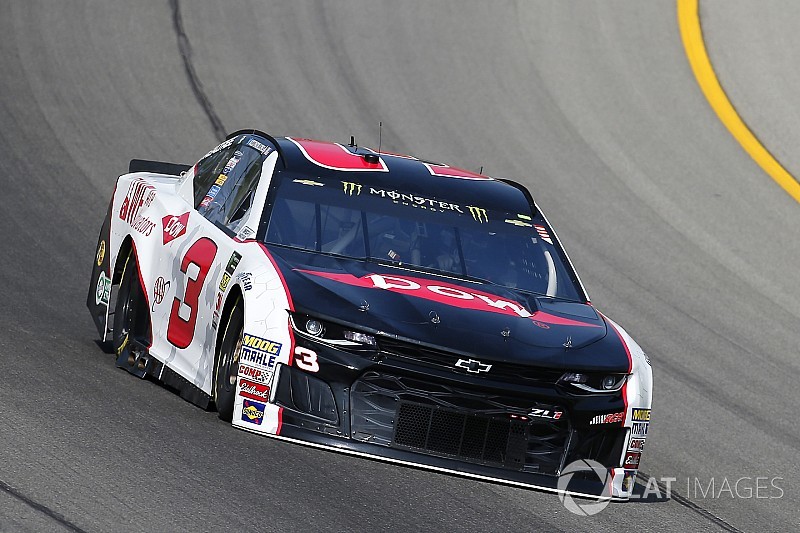 Despite some late drama that dropped Austin Dillon a couple positions down the running order, he still enjoyed his first top-five since winning the Daytona 500 in February.

Dillon started the race up in the fifth position for his best starting position since Fontana in March.

However, it was his Richard Childress Racing teammate Ryan Newman that shined in early laps, rising as high as third in the running order.

But Dillon was never too far away, but he didn't creep back towards the front until the last half of the race. At the conclusion of the second stage, he was running fifth and only moved forward from there.

Following the eighth caution of the race for an incident involving his brother Ty, the elder Dillon rocked up to second position on a Lap 144 restart.

Dillon led five laps between Lap 171 and Lap 175 as he stretched the run beyond that of other top-five runners. When he ultimately did pit, the team opted for two tires.

The decision briefly put him in front of Kevin Harvick for the effective race lead, but that was short-lived. Still, Dillon held strong in the runner-up position until the waning moments of the race when a tire issue caused him to slow on track.

Despite the misfortune, Dillon still came away with his best result since winning the Daytona 500, finishing fourth for RCR.

"Man, we had a fast car," he said post-race. "I got to battle with (Kevin) Harvick there and that was awesome. I’m so proud of the guys for having a car capable of doing that. Yeah, that really stunk (regarding tire issue). We were kind of in position that if something happened to the No. 4 (Harvick) we could win the race. With two to go, I went into (Turn) 3 and I kind of missed the corner. When I came down the straightaway, it was just shaking like either the tire was unraveling or it was a loose wheelI didn’t want to lose this great finish we had in front of us, but we brought it home with a top five at least.”

With the playoffs nearing, Dillon understood the importance of putting together a strong performance as the regular season comes to a close. His teammate Newman also came away with a decent result, rebounding from a spin to finish 15th and lead 12 laps himself.

“It’s huge," Dillon said of the result. "It’s great momentum for the team. The pit crew was amazing all day. It just feels good. We have this capability when we put our best days together and we’ve got to keep doing it and work hard. And we’ve got a great opportunity this year with being in the playoffs.”

Brad Keselowski: “It’s nice just to be able to have a clean race”