Are multi-car teams beginning to suffer?

Are some NASCAR teams expanding too fast and in the end, hurting their overall performance? Joseph Shelton thinks so...

By:
Joseph Shelton
Listen to this article

It wasn’t that long ago that NASCAR determined that if an organization was going to survive in NASCAR that they were going to have to have multiples entries week after week. 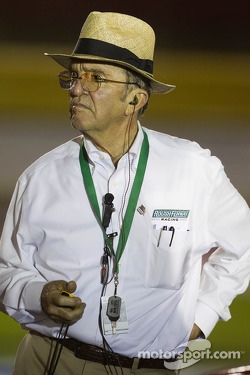 The strongest argument for multi-car teams came in 2005 when all five Roush-Fenway entries made the second annual Chase for the NEXTEL Cup field (now Sprint Cup), where they took up half of the Chase field and gave team owner Jack Roush a 50% chance of winning his third consecutive championship.

Yet, less than decade later it looks as if several multi-car organizations are overstepping their means. Sure, teams like Joe Gibbs Racing and Hendrick Motorsports are doing quite well, with two of the JGR entries already solidly in the Chase for the Sprint Cup field and the third on the verge of victory, while three of the four Hendrick teams have visited Victory Lane this season.

All might seem well on the surface, but look again.

Of the three Gibbs Toyotas, it is Denny Hamlin who has been the underwhelming driver (even without missing Fontana this season he still hasn’t done as well as usual), while on the Hendrick side of things Kasey Kahne just can’t seem to catch a break. Yet, both of those drivers are stellar in comparison to some of the other teams.

Stewart-Haas Racing was once a two-car team that contended for the win every race. As one of the youngest organizations in the NASCAR Sprint Cup Series, they won the 2011 Sprint Cup championship with Tony Stewart only two years after the Stewart-Haas merger. Former SHR driver Ryan Newman also did well with the team, winning several races including the 2013 Brickyard 400. 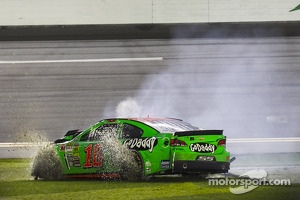 But after the inclusion of Danica Patrick in 2013, SHR began to struggle with the added burden of a third car. Newman was never a threat, while rookie Patrick seemed to crumple up her car week after week. As for the team’s co-owner, Tony Stewart, he won once, but only out of luck. Besides that, he's struggled more than he ever has in his career.

Now that SHR has gone from a two-car team to a four-car team, their struggles have seemed to intensify. Stewart still continues to run poorly while Patrick has been just south of mediocre (although she managed a strong showing at Kansas, posting a seventh place finish). Kurt Busch, one of SHR’s newest entries, won at Martinsville but sits back in 28th in points. Only Kevin Harvick has fared well, having won twice this season.

Meanwhile, Swan Racing (formerly Inception Motorsports), was steadily becoming an impressive single-car entry until this season, when adding a second entry became catalyst for the team’s fatal financial struggles. When the team closed its doors, one of the Swan entries became a BK Racing entry, transferring rookie Cole Whitt to the organization as well.

BK Racing is another team who feels that throwing more money at their problems will make them go away. Without the addition of Cole Whitt, BK Racing has had a tough time as an organization despite having some big names as sponsors, such as Burger King, Dr. Pepper and Borla Exhausts. Their only top-10 came at Talladega in 2012, with Travis Kvapil at the helm. One top-10 in 171 total starts doesn’t say a lot about a team. 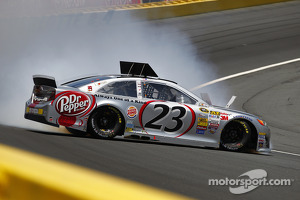 BKR owners Ron Devine and Wayne Press somehow believed that instead of throwing their money towards such necessities as research and development, they would purchase the No. 26 of Whitt. With that being said, it was as if they supposed a third car would increase their shot at a strong finish one of these days instead of spending their money on quality equipment.

The list goes on: Front Row Motorsports, Richard Childress Racing, Roush-Fenway, and so on. A lot of multi-car teams are beginning to struggle by way of living beyond their means. Powerhouse teams have gone from being the norm to fading into the background, and if they want to alleviate their agonies, it would be a good idea to scale back their efforts across the board.

Not all multi-car teams are running badly however. Gibbs and Hendrick are two teams that prove that notion. But if an underfunded team decides to stretch their funds by adding another entry, they will have a hard time. If a mediocre team decides to add another car instead of focusing on building up a team, maybe hoping for one or two top-10s at Daytona or Talladega, they’re going to have a bad time.

If an organization that had success as a smaller team struggles with an extra work-load, they should do the smart thing and lighten that work-load. NASCAR racing is a sink-or-swim sport, and a team cannot struggle for too long if they wish to be around for a long time.

Danica off to Dover: Good riddance to Charlotte, hello Delaware

Can Gene Haas really succeed in Formula One?

Aric Almirola puts NASCAR retirement on hold, will return for 2023

The final superspeedway race of the year is just days away now as NASCAR returns to the 2.66-mile Talladega Superspeedway.