Ambrose falls short of win at the Glen 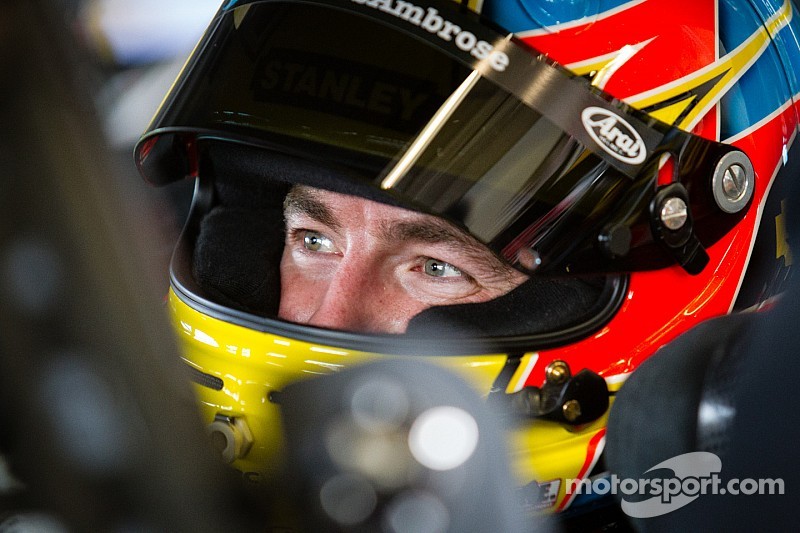 Despite attempts to "rattle" Allmendinger's cage, Marcos Ambrose must settle for second.

WATKINS GLEN, N.Y. – It was a battle between two of the best – if not the best -- road course racers in NASCAR.

AJ Allmendinger and Marcos lined up side-by-side not once but three times to determine which driver would be number one on Sunday in the Cheez-It 355 at the Glen.

Through six cautions – and three red flag delays – Allmendinger and Ambrose traded places throughout the race.

“There was a lot of door banging going on and a lot of corners where we were side by side. I got my tires really hot during that and slid coming off turn 11 after I got the lead and he got it back before the caution dropped,” Ambrose said. “That was probably the difference between winning and losing."

Before the final restart and after Allmendinger had regained the lead from Ambrose, Denny Hamlin spun into the sand barrels at the pit entry in Turn 1 on the Lap 87 restart and ignited the sixth caution as track workers were forced to repair the barrier.

Initially, NASCAR scored Ambrose at the point, but reversed the call based on camera footage over timing lines.

With the inside line, Allmendinger built more than a 12-car lead and a 1.160-second advantage at the line over his former Richard Petty Motorsports teammate. Kurt Busch, Kyle Larson and Carl Edwards rounded out the top five.

“Congratulations to AJ and the 47 team,” Ambrose said. “They deserved that win. I left nothing on the table. I tried to rattle his cage and couldn’t shake him. We raced fair and square to the end there.

“It was a tough couple laps but it was fair. We were both giving it to each other pretty hard. No harm, no foul. We just came up a little short. I am just really proud of my Stanley team. We put a lot of effort into this race and really tried to win it. We won yesterday and came up one short today.”

Allmendinger acknowledged that it was the mutual respect the two racers have for each other that enabled them to run in such close quarters.

"He moved me out of the way and he leaned on me and I leaned on him back, so to have that but have that mutual respect where we know what the limit is.  We're going to take it right to the edge of that limit but to be able to lean on each other but not wreck each other."

Ambrose remained even keel, but he was clearly disappointed that he failed to post his third Sprint Cup victory at Watkins Glen and punch his ticket to the Chase to the Sprint Cup.

Although Ambrose is currently 16th in the point standings, a win would have likely provided the 37-year-old Launceston, Tasmanian with his first berth in NASCAR’s play-offs in what could be his last full season in the NASCAR.

But as scintillating a show as the road course specialists put on over the final 10 laps, Ambrose acknowledged that he didn’t have time to absorb the point implications.

“Man, I just finished the closest race of my life,” Ambrose said. “I haven’t thought about points or anything. I will look at it Monday. We are decent in the championship position. I think we are 16th or something. We need to score points but we really need to focus on winning.”

Smith soldiers on under difficult circumstances