Allmendinger reveals the prescription drug that caused his suspension 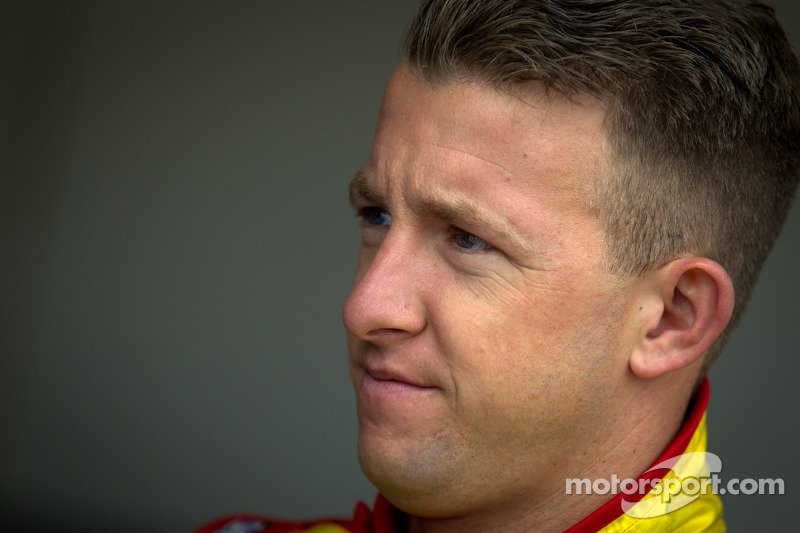 So now that A.J. Allmendinger has revealed that he tested positive for the prescription Adderall, which he told FOXSports.com that he ingested unknowingly after a friend gave it to him – we are finally able to get through the smoke screen that Walldinger Racing Inc. put up from the outset of his suspension and can get to the genesis of the problem.

A.J. Allmendinger did something that wasn’t very smart.

“I got to Kentucky early for a few sponsor commitments and went to hang out with a buddy for a couple of days before we got going,” Allmendinger told FOX Sports’ Lee Spencer. “We were out early evening. I hadn’t been sleeping well — all season, really with the way things had been going, obviously, the expectations and everything like that. I was really tired, had no energy, nothing. We were out, he had a couple of his friends with him and I was struggling to even stay awake. One of his friends said, ‘Oh, I have an energy pill that I take for working out.’”

So now we have a driver that pulled a Jim Morrison move and took some random drug that a friend gave – AND he did it because the pressure of not performing well with a top-flight team in a top-tier racing series was keeping him awake and sapping his energy.

Sounds like a guy that the big teams in motorsports will be lining up to hire doesn’t it?

I’ve created my own hell and I’m going through it.

In fact, it is semi-understandable as it pertains to A.J. Allmendinger, once you get past him taking a pill his friend gave him. A.J. had always been driven to succeed and has always been harder on himself than any other driver, team owner, or reporter would ever be. The knowledge of what he can do with his prodigious talent has caused him to suffer ever setback as a personal affront, and a season like he has had this year will easily pile the pressure on a person that handles adversity as he does.

But while, there is a reason for some of this situation, he certainly did do himself any favors by handling it the way that he did. He told Spencer that he wasn’t ducking the truth and was just trying to figure it all out. It may be true and people handle things under fire differently than they do normally, but it may be tough for a team to look past that when considering a new hire.

One team that will give him a shot, no matter what happens, will be the Michael Shank Racing team. Allmendinger is partners in Shank’s developing Indy Car program, and was the lead driver on Shank’s Daytona-winning Grand-Am effort. The team owner has already come out and said that he would hire Allmendinger if given a chance. Of course, Allmendinger must first complete his rehab, and get his license reinstated, but that is a place to start rebuilding a career that has been set fire to in the last month.

“But first, I have to figure the rest of my life out so when I get back to racing I’ll be a lot better person — and a better race car driver then I was before,” Allmendinger told Fox Sports. “I’ve been through hell, I’ve created my own hell and I’m going through it. I’m still trying to figure out life in general. When I get back in a race car, I will be able to go out represent myself in a better way. I’ve made some bad judgments and I’m paying the price, but I’m going to fight. I’m going to fight hard to get back.”