Allmendinger grabs Kansas pole out of the hands of Harvick 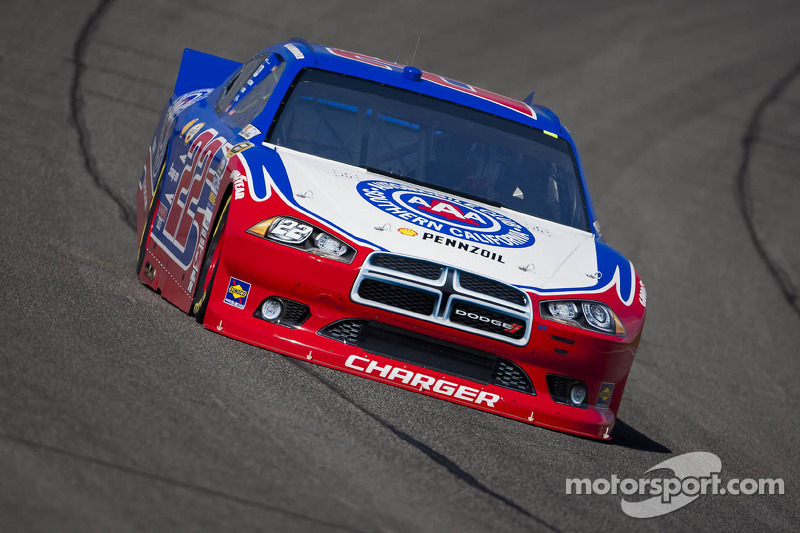 A.J. Allmendinger got his No. 22 Penske Racing Dodge around Kansas Speedway in 30.683 seconds on Saturday to claim the pole for the STP 400 NASCAR Sprint Cup Series race to be held at the track on Sunday.

Kevin Harvick was the second-fastest in qualifying with a 30.726-second lap and will start his No. 29 Richard Childress Racing Chevrolet next to the No. 22 on the front row. Joey Logano qualified third in the No. 20 Joe Gibbs Racing Toyota with a lap time of 30.730 seconds.

We're just trying to get momentum.

After going out first in qualifying, Logano held the provisional pole through much of qualifying. He won't start the race in the third spot, though. Because of an engine change, Logano will start Sunday's race in the back.

Harvick, who went out 32nd, was the driver who finally knocked Logano off the pole, after his team made significant changes to the No. 29 after practice on Friday.

"These guys have done a great job with qualifying," Harvick said of his crew. "We were a little off yesterday."

Allmendinger went out seven cars after Harvick to become the third and final provisional pole sitter of the day.

"I didn't feel amazing on that lap," Allmendinger said soon after climbing out of his car. "When (crew chief) Todd Gordon told me (that I was on the pole), I was surprised."

Denny Hamlin qualified the No. 11 Joe Gibbs Racing Toyota fourth with a lap time of 30.740 seconds. Mark Martin was fifth in the No. 55 Michael Waltrip Racing Toyota with a fast lap of 30.772 seconds.

Toyota claimed the second and third rows on the starting grid, with JGR teammates Logano and Hamlin in row two and MWR teammates Martin and Martin Truex Jr. on row three. Truex qualified sixth in the No. 56 MWR Toyota with 30.779-second qualifying lap. 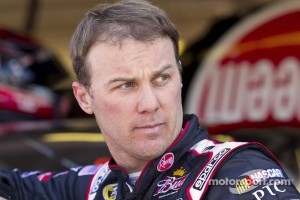 As temperatures heated up late in session, lap times slowed down significantly. Only two of the seven drivers to qualify after Allmendinger, Hendrick Motorsports teammates Dale Earnhardt Jr. and Kasey Kahne, made laps inside the top-10. Earnhardt was seventh in the No. 88 Chevrolet with a 30.802-second lap, and Kahne was ninth with a 30.841-second lap in the No. 5 Chevrolet.

Forty-six drivers attempted to be a part of the 43-driver race field. Drivers failing to make the race included Tony Raines, Tim Andrews and Jeff Green.

Martin talks about his season thus far with Kansas media

Biffle and other Ford drivers talk about Kansas qualifying