All four SHR cars have to make changes in NASCAR inspection 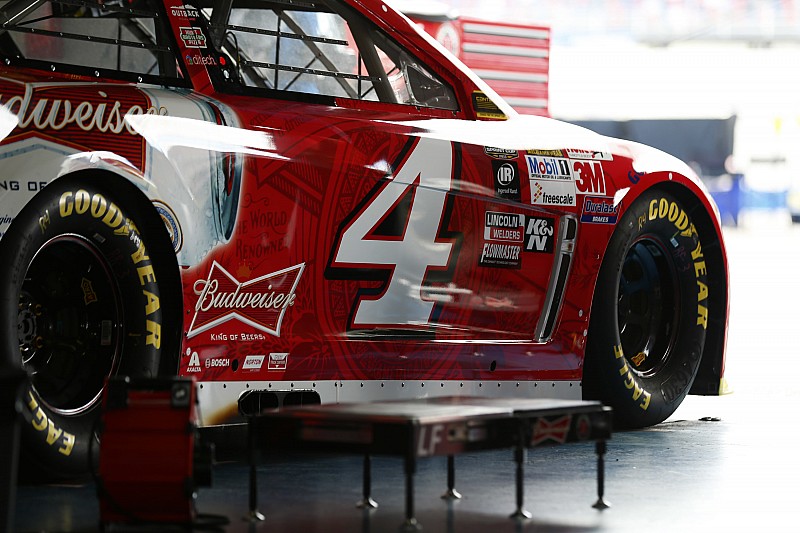 The Sprint Cup teams of Stewart-Haas Racing – those of drivers Kevin Harvick, Kurt Busch, Tony Stewart and Danica Patrick – spent the better part of two hours on Saturday having to make changes to their cars after issues were found during pre-qualifying inspection.

During the inspection process at Talladega (Ala.) Superspeedway, NASCAR officials determined the assembly of the radiator inlet duct panels on all four cars did not conform to series rules.

NASCAR required each team to replace the assembly – not an easy process since it involves removing the radiators from the cars.

A NASCAR spokesperson said any additional penalties for the infraction would be announced early next week.

An SHR team official said the cars were running the same assembly pieces as they had in the series three previous superspeedway races this season.

Patrick’s car was the first to finish the replacement and headed back into the inspection line for another try.

In addition, the No. 34 Ford of Front Row Motorsports and driver Josh Wise was required to change out its front splitter during the inspection process.

All four cars eventually passed inspection with new radiator duct work prior to the start of Saturday's Cup series qualifying on Saturday afternoon.

Kenseth says Logano "should have stopped running his mouth"