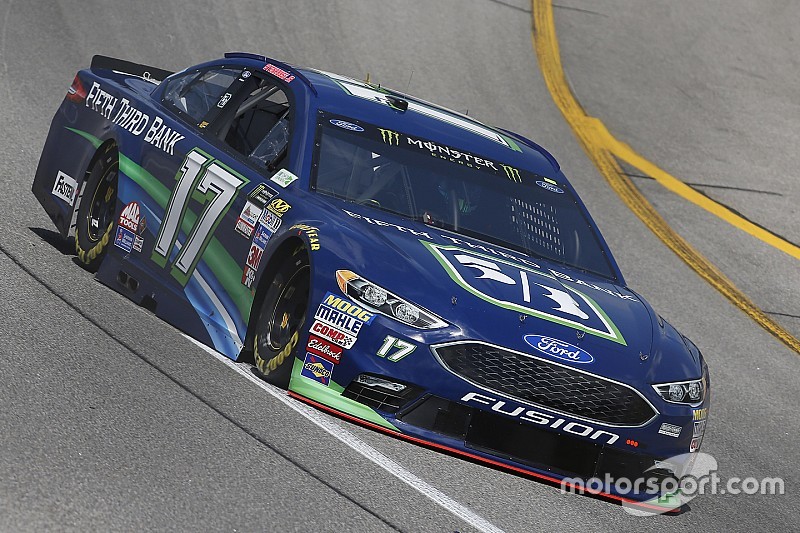 The most top-five finishes Ricky Stenhouse Jr. has had in his four previous seasons in the Monster Energy NASCAR Cup Series is four.

Through nine races this season, he’s already halfway to that total.

Stenhouse rallied from an early run-in with the all at Richmond (Va.) International Raceway to bounce back with a fourth-place finish, tying his previous high this season set at Phoenix.

Already buoyed by his Roush Fenway Racing team’s start this year, Stenhouse said he is really “feeling it” right now.

“I feel more confident going to every track right now,” he said following Sunday’s Toyota Owners 400. “The cars are getting better. We’ve got to continue to make them better.

“This weekend was probably, I’d say from start to finish, the best weekend we’ve had as far as average long-run speed, qualifying well, two good practices on Saturday and then good adjustments in the race.

“It was best the car we, really, have had all year so far.”

Stenhouse qualified fourth but hit the Turn 4 wall on Lap 66 of 200. He spent most of the rest of Stage 1 and much of Stage 2 racing to regain his track position.

On a late caution, most cars on the lead-lap elected to pit for new tires – including Stenhouse – but six elected to remain on the track.

Stenhouse was outside the top 10 on the restart with 19 laps remaining, but quickly made up ground and ended the race with a side-by-side battle with Kevin Harvick for fourth place.

“The car was affected really bad (by the incident). The splitter was on the ground (and) we had to put some packer in it, which changes the bump-stop load and things like that,” he said. “The guys did the best they could. We were still on the splitter if I drove it in (the turns) real hard so I had to really commit to the bottom line.

“The last couple of years we wouldn’t even have come close to being able to recover from that. Our cars are really good on the long run and we had a lot of long runs today, which really helped us. The long-run speed and the overall speed we have built in these cars is just better than I’ve had before.

“That’s what made it all possible.”

Stenhouse is 15th in the series standings, sitting just behind his teammate, Trevor Bayne, who is 14th.

Hamlin earns first top-five finish of the season at Richmond

Johnson and Earnhardt collide in troubled day for Hendrick Motorsports