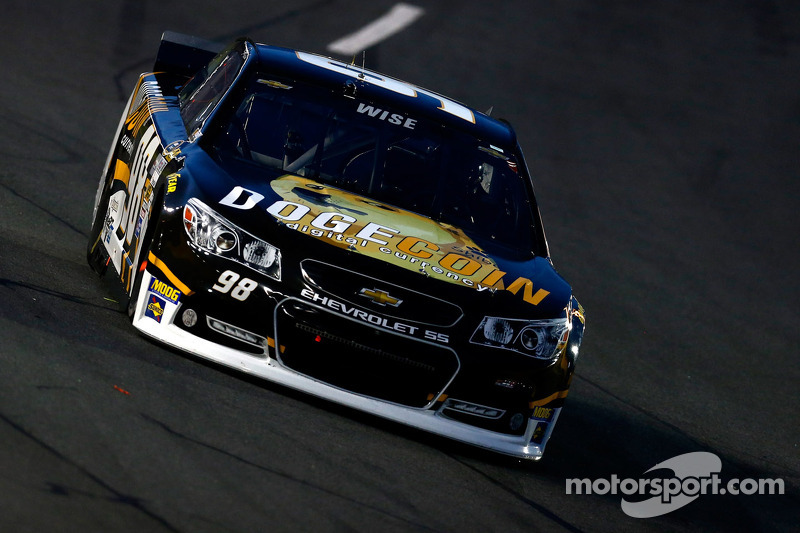 From the 'Underdog' theme song: 'The cry goes up both far and near for Underdog! Underdog.'

The NASCAR community is shocked – shocked, I tell you! – that driver Josh Wise and the number 98 Ford Fusion owned by Phil Parsons Racing surpassed such favorites as Danica Patrick, Kyle Larson and Austin Dillon in the van vote for the final slot in Saturday night’s NASCAR Sprint Cup All-Star race at Charlotte Motor Speedway.

If you’ll pardon the humblebrag, less shocked, hopefully, were Motorsport.com readers. Way back on March 27, writer Christopher DeHarde posted the first story about how Dogecoin and Reddit were backing the car. We posted another story on May 1, about how 16-year-old Reddit user and tech fan Denis Pavel noticed a plain black Ford in a NASCAR event with a driver he felt "raced the wheels off the car" during a NASCAR Sprint Cup Series race. The lack of sponsorship caused Pavel to think of some of the significant fundraisers that he's witnessed on the Reddit platform.

So anyone who is stunned by the outcome hasn’t been reading Motorsport.com. And probably underestimated the power of social media, and a 16-year-old kid who thought a black, sponsorless car needed some help.

How much is that help worth? Hard to say, but finishing last in the All-Star race pays $78,000, so that’s money the number 98 team would have never seen had it not been for fans and friends who like a good underdog story, and know how to type.

Will Josh Wise win? No, of course not. But give everyone involved their 15 minutes.

One more line from the "Underdog" theme song: "Speed of lightning, roar of thunder!"

Yeah, Josh Wise could use some of that.