A final look back - Watkins Glen 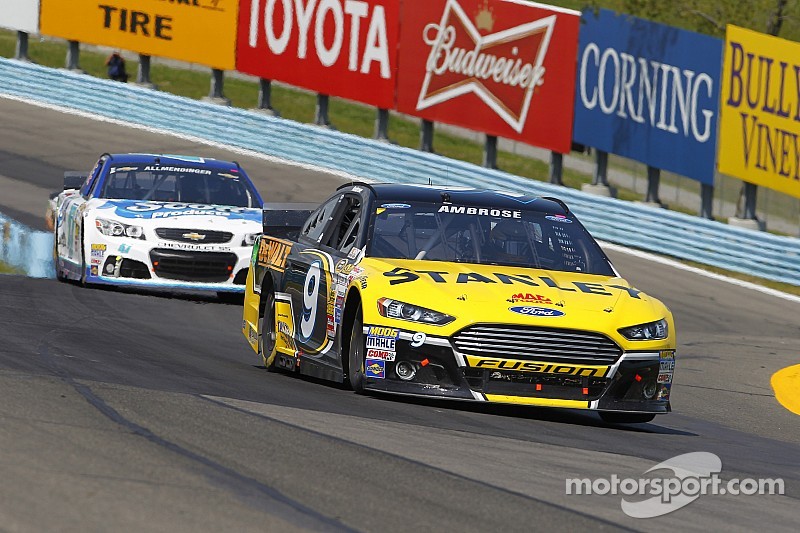 For me, NASCAR’s annual visit to Watkins Glen is one of the highlights of the season. In fact, there’s only one fault I can think of…they don’t use the whole classic Grand Prix circuit.

Watkins Glen is one of America’s most famous road courses. It has held top class motorsport for decades and in its Formula One days, it crowned World Champions such as Sir Jackie Stewart. It has, of course, had its fair share of tragedies such as the deaths of Francois Cevert and JD McDuffie. Formula One and IndyCar have sadly long left 'The Glen' but NASCAR and TUDOR are still here.

However, the whole weekend was overshadowed by the tragic events at Canandaigua Motorsports Park with the dreadful accident that killed Kevin Ward Jr. I am not going to speculate on who was at fault, but I know enough about Tony Stewart to be sure it was not done on purpose. What really matters is that another young life has been tragically lost. The motorsport family is very tightly knit and everybody is hurting right now. All I can do is offer my prayers and sympathy to Kevin Ward Jr’s family.

The NASCAR weekend at Watkins Glen saw a European invasion in the shape of the NASCAR Whelen Euro Series drivers Frederic Gabillon and the 2013 champion, Ander Vilarino. Both were due to race in the K&N Pro East race for Troy Williams Racing. Sadly, Vilarino wasn’t able to take part after wrecking and hitting the wall in final practice. He was trying to make up for lost time due to issues with his car. By his own admission, he made a mistake and damaged the rear beyond repair. However he is now even more focused on retaining his Euro Championship so he can return for another go in 2015. It would take a brave man to bet against him doing that.

NASCAR is so friendly and fan friendly, other forms of motorsport could learn so much from it.

Gabillon, also had issues with his car and started down in 26th on the grid. He drove a patient, sensible, steady race to finish in an impressive 12th place. In a race of great attrition, only 16 cars finished. To quote Vilarino’s own words to me, "it was a messy race!” I also spoke to Gabillon, and asked him for his reflections on both the race, and the weekend as a whole.

“It was a complicated weekend with engine problems we were never able to solve. It meant I had very little practice time and it was just as bad in qualifying. We doubted if it was even worth taking part in the race”

However, the determined Frenchman is a tough cookie and he was not going to give up. After NASCAR granted the team a waiver to work on the car before the race itself, he took his place at the rear of the grid on a track he had only ever seen on TV. Without any serious running, it was going to be a long and difficult race.

“The car was still giving me problems at the start of the race. I was 30 seconds behind the field when the caution came out. This allowed me to re-start on equal terms. Things were going much better for a while and I was enjoying the battle with the other drivers. Then, sadly, the engine problems re-surfaced and I was thankful for the mandatory caution after 26 laps.”

During the caution, Gabillon’s team managed to improve the performance of the car. He raced up to a remarkable 10th place but sadly the engine issues again re-surfaced but he did manage to finish a highly respectable 12th place.

“It was a bit frustrating but I enjoyed the race. I don’t blame the team who did their best under difficult circumstances. They worked so hard. Despite everything I will always remember the whole experience. Finishing the race to a beautiful sunset was an incredible feeling.”

As for the two main races, Marcos Ambrose drove superbly to win the Nationwide Series race and he was hoping to sweep the weekend. In Sunday’s remarkable Sprint Cup race, in my opinion, the best race this year, there was a fairytale winner. AJ Allmendinger drove the best race of his career to hold off a rampant and gracious Ambrose. With such an underdog story on both the driver and team side, it felt like the right end to such a tragic weekend. An inspiration to anybody who is experiencing hard times or is the 'little guy' fighting against the 'big man.'

I shall leave the final word to Frederic Gabillon….

“The whole experience was amazing. NASCAR is so friendly and fan friendly, other forms of motorsport could learn so much from it. Everybody should go to at least one NASCAR weekend in their life!”