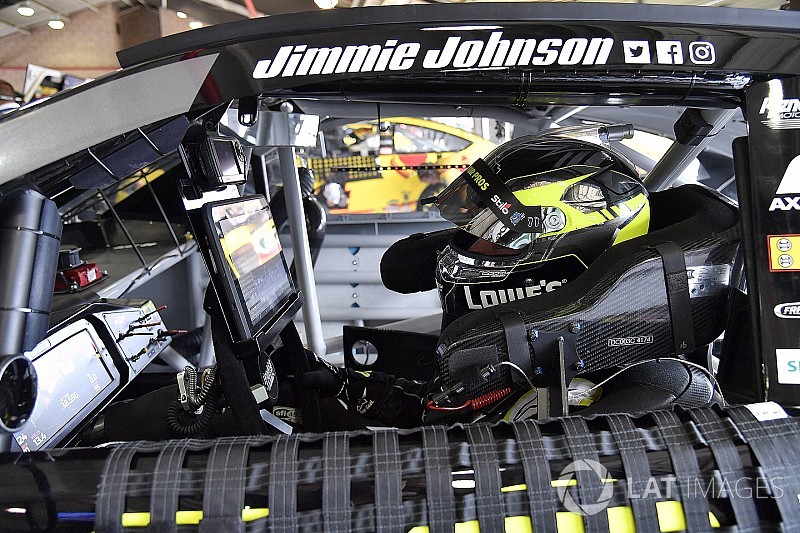 Jimmie Johnson ends the longest streak of his career finishing outside the top 10 with ninth-place showing in his home state on Sunday.

Last fall’s seventh-place finish at Charlotte Motor Speedway seems like an eternity ago for seven-time Monster Energy NASCAR Cup Series champion Jimmie Johnson, but now things may be turning around for the veteran driver.

Johnson finished ninth at Auto Club Speedway on Sunday to end the longest stretch of his career finishing outside the top 10 , which ended up being 10 consecutive races.

Johnson, who leads all drivers with six Cup wins at Auto Club Speedway, has 17 top-10 finishes in 24 starts at the two-mile track located east of Los Angeles.

The El Cajon, Calif., native felt the solid finish was the result of his No. 48 Hendrick Motorsports team improving each week while working with the new Chevrolet Camaro ZL1.

“Yeah, each week we have been getting a little bit better,” said Johnson. “We are definitely not happy with where we are right now but we are seeing the improvements, we have been seeing it internally.

“We are making the cars drive better and better and we are getting more competitive. So, a strong day for the Lowe’s Chevrolet Camaro ZL1.  We are not where we want to be, but we are getting closer every week.”

Johnson has had two six-race stretches – in 2016 and 2017 – of finishing outside the top-10 in 584 career NASCAR Cup Series starts, so this latest stretch was not something he or his team was used to.

Luckily for Johnson, the race at Fontana came at the right time - and the right place. The track is also the site of his first career win in 2002.

“It just seemed like we had more durability with that left-side tire on lower tire pressures,” Johnson said.  “I don’t believe we had any issues relative to that and that is something we are always scared of here, especially on green flag stops when those tire pressures are low.

“We didn’t have that today, but we had some great pit stops, (crew chief) Chad (Knaus) called a great race, and we had a good solid day – so we will take it.”

The situation may only get better as the series heads next weekend to Martinsville (Va.) Speedway, where Johnson has won nine times, most among all active drivers.

Kyle Larson on Harvick wreck: "We were both racing really hard"

Harvick takes blame for crash: "Just a dumb mistake on my part"