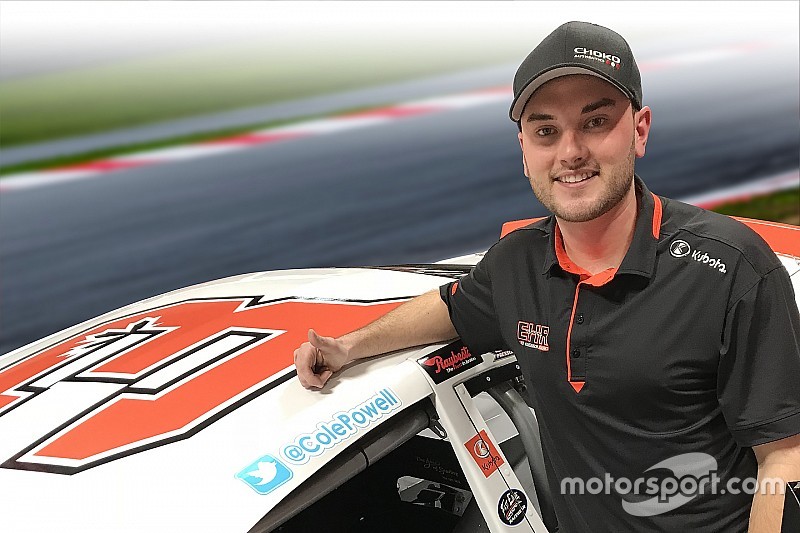 Cole Powell is latest driver to announce intentions to compete full-time in the NASCAR Pinty’s Series this season.

After Ed Hakonson/Team 3 Red racing stepped away from full-time competition in 2016 after driver Jason Hathaway decided to cut back his schedule, the team is ready to return to Canada’s top NASCAR series on a regular basis.

Mount Brydges, Ontario native Cole Powell has been named to drive the No. 3 Chevrolet Camaro during the 2018 season which features 13 races schedule visiting five provinces across Canada and also racing in the United States for the first time in September.

Powell began earning his racing stripes beginning in 2006 at Grand Bend Speedway in the Pro Mini Truck division and moving up to full size trucks at Delaware Speedway in 2007.

Powell also has experience competing in the World Series of Asphalt in 2008 at New Smyrna Speedway in Florida and he also raced at Kawartha Speedway in the Crate Late Model division posting top-10 finishes at each event.

In 2009 at Kawartha, Powell scored four wins and five top-fives and was named Most Improved Driver.

Powell is understandably excited about his new opportunity.

“Partnering with EHR for the 2018 season gives me a great opportunity to jump into winning equipment at every event,” said Powell. “I’m excited to be running my first road course at CTMP and the other tracks that I have never seen before! Also, having Jason Hathaway and the EHR team behind me is a superb way to begin the next phase of my racing career.

"We have had some good potential sponsorship meetings so far with corporate Canada wanting to be involved in NASCAR. This experience has been positive for myself as a race car driver.”

The 2018 NASCAR Pinty’s Series is made up of thirteen events across Canada from Nova Scotia to Alberta. The season kicks off at Canadian Tire Motorsport Park with the Castrol Presents the Victoria Day Speedfest weekend on May 19-20.