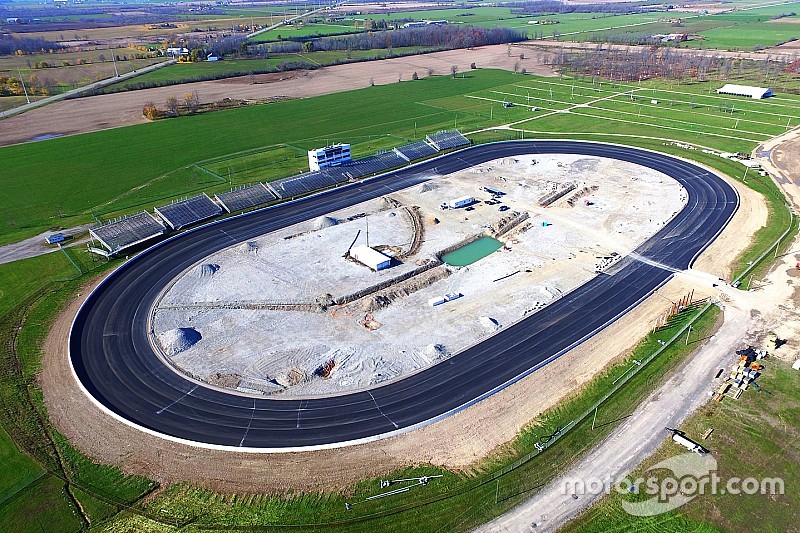 In an era when it seems every racing offseason there’s word of another short track closing down, it’s refreshing to hear about all the activity going on in Nells Corner, Ontario, Canada this offseason.

The work has been going on nonstop since last summer and continues at Jukasa Motor Speedway. The track, formerly known as Cayuga Speedway, was originally built in 1966 and as recently as 2014 appeared may never host another racing event again.

Thanks to owners Kenny Hill and Jerry Montour who purchased the track late that year, the facility has a new life and will have a completely new look when action returns to the track in 2017.

Alex Nagy, who recently accepted the position as facility general manager in October, said racers and fans alike will be pleasantly surprised when they arrive at Jukasa Motor Speedway next year.

“We’ve have work going on here almost every day and will do so through the winter as weather permits,” Nagy said. “Our biggest goal right now is to work on a lot of the infrastructure. We recently repaved the track and changed the banking of the race track.”

The track has received its first layer of new asphalt and the redesign of the track will now feature banking in the turns of up to 8.5 degrees with the previously flat straightaways now showing 3.5 degrees of banking and the racing surface is now 60 feet wide.

“This 5/8-mile track was known as ‘Canada’s Crown Jewel’ of oval race tracks and we feel the improvements made by Ken and Jerry will only improve the already great racing this track has produced throughout its history,” said Nagy.

In addition to providing race teams from all across North America a place to race, Nagy adds the facility and its vast size of over 350 acres will also provide fans with something other than racing.

The facility also features 1,100 campsites with 600 of them already set up to provide service to campers. Due to the location of the track (approximately one and a half hours from Buffalo, New York and almost two hours from Toronto) and limited lodging opportunities Nagy feels this will offer opportunities for more events to be held at his track.

“We plan on making this a complete entertainment complex,” he added. “We’ll have the capability to host music concerts, festivals and other events in addition to special racing events.”

While no specific events have been scheduled for the race track, Nagy is ready to talk to any racing organization or sanctioning body about hosting races in the future. The initial goal is to hold just special events at the race track.

“We have grandstand seating for approximately 10,000 fans and also the ability to add to that number if needed,” Nagy said. “We have eight suites in our tower at this time to entertain potential partners and the way the racing surface has been redesigned, we could add soft walls if needed in the future.”