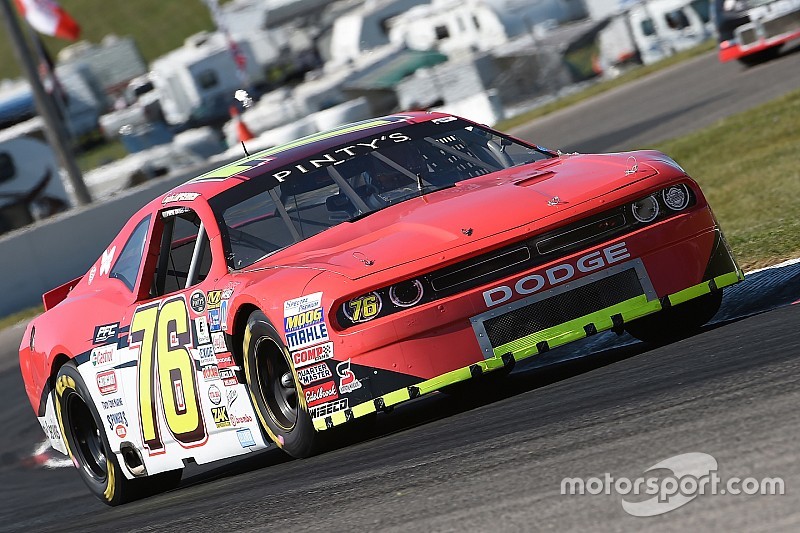 Can defending champion Cayden Lapcevich make it six different winners in as many races at Canadian Tire Motorsport Park?

It's already been a good week for the defending NASCAR Pinty's Series champion Cayden Lapcevich.

On Tuesday he was named to the 2017 NASCAR Next class and will be defending his 2016 title in Sunday’s Can-Am 200 at Canadian Tire Motorsport Park in the season opener.

Lapcevich became the youngest champion in series history last fall after winning three races and also collecting rookie of the year honors – a first for the series.

The 17-year-old Grimsby, Ontario native will lead an impressive field that features six former winners at CTMP in the first race of the season.

Andrew Ranger, who won this event last year, leads the group with three wins on the challenging 2.459-mile road course located outside of Toronto. L.P. Dumoulin is the only other driver entered to win multiple races at CTMP.

NASCAR Camping World Truck Series regular Christopher Bell will pull double duty this weekend as he’ll fly up to the facility after racing at Charlotte Motor Speedway on Friday night.

Other drivers expected to contend for the win include Alex Tagliani who is competing full-time this season after missing the opener last year to drive in the Indianapolis 500. He’ll feature a new partner on his car with Lowe’s Canada joining Epi-Pen on his car.

Several teams have been able to announce partnership agreements prior to the season opener with J.F. Dumoulin joining Tagliani in making a commitment to compete full-time in the series in 2017 with Spectra Premium increasing its support and his brother L.P. also announced a renewal with Weathertech Canada last week.

The Can-Am 200 will be the first of 13 races on the NASCAR Pinty’s Series schedule this season.

Cayden Lapcevich ready to represent Canada in NASCAR Next