Frédéric Gabillon - A Frenchman in the NASCAR Pinty’s Series 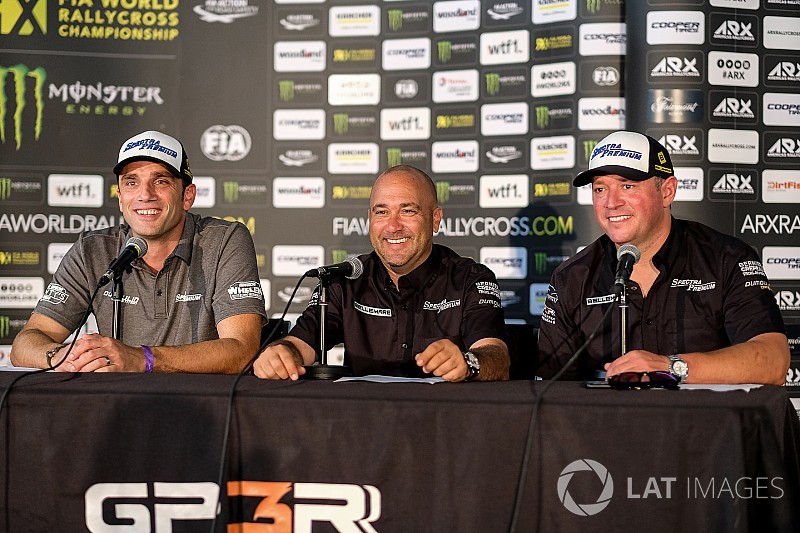 Frenchman Frédéric Gabillon will compete in this weekend’s round of the Canadian NASCAR Pinty’s Series to be held on the streets of Trois-Rivières, Québec.

Frédéric Gabillon’s participation is the result of a marketing effort from Canadian auto parts manufacturer Spectra Premium who is entering the European market.

Each year, the top driver of the NASCAR Whelen Euro series will be invited to compete in a round of the Pinty’s Series while a local driver will get the chance to contest a race in Europe.

Back in 1976, the same kind of drivers’ exchange saw European drivers compete in the Formula Atlantic race in Trois-Rivières and the late Gilles Villeneuve get to race a Formula 2 car on the streets of Pau in France.

The Whelen Euro series is pretty big in Europe. The most recent event – the NASCAR GO France on the Tours Speedway – attracted 25 competitors in the Elite 1 Division and 25 other in the Elite 2 class.

Gabillon will drive the No. 07 Spectra Premium Dodge Challenger entered by Dumoulin Competition alongside Louis-Philippe Dumoulin and his brother, Jean-François. Motorsport.com got to talk with Gabillon during the Trois-Rivières rallycross event last weekend.

Frédéric, it’s a bit surprising to see a European driver having such a great interest into NASCAR.

Gabillon:  Well, the NASCAR Whelen Euro Series exists since 2012, and several French drivers compete in the series. I am really honoured to be the first Frenchman to compete in the NASCAR Pinty’s Series. Thanks for the hard work from Spectra Premium, Dumoulin Competition and the Euro Whelen series for putting this program together.

I’m 42 years old. I’ve been racing for the past 25 years. I’m rather at the end of my career. I’ve raced open wheel cars, GT racing, in the Porsche Carrera Cup, in the Renault Megane Cup and in the Clio EuroCup. I decided to switch to NASCAR because I find there what I really enjoy the most about motorsports, for example, the fact that we all drive cars that are almost identical. The ambiance is very good, and NASCAR is like a big family. Before I made the switch, I was racing cars that had all the drivers’ aids like traction control, ABS, automatic gear changing and for that reason, it was really difficult to make the difference just with one’s driving abilities because you are limited by the car’s performance. In NASCAR, each driving mistake is paid instantly. The driver, the crew chief and the mechanics play a much bigger role in NASCAR.

Although the Whelen Euro Series is run under the NASCAR umbrella, it’s basically a road racing series with just one oval race. Why is that?

Gabillon: There are very few ovals in Europe. There’s one in Tours, France, and the series used to race in Venray in the Netherlands - that’s it. Additionally, the NASCAR officials do not want to see relatively inexperienced and gentlemen drivers compete on a superspeedway. The oval culture is not present in Europe, so that’s why we mainly compete on road courses.

How did you get prepared to race on the street circuit of Trois-Rivières?

Gabillon: The details of the program were released on June 26th and I was told I was to be running here on July 1st. I then realised it was such a major event – in fact, it's one of the biggest motorsport events in the country. I watched several onboard videos to learn as much as possible. I also spent some time in a racing simulator. It’s good to learn the layout of the track, but the bumps, the cracks, and the inclination of the corners are not there! I drove the track in a street car and I saw that it was a big challenge.

What are your expectations for Sunday’s 50-lap race?

Gabillon: The Pinty’s Series drivers are very experienced and highly talented. They know this track inside and out. It would be unrealistic for me to try to think that I could win. I’m here to enjoy myself, do my best, and promote Spectra Premium and Dumoulin Competition.

And what about the furure? Would you be interested to contest more NASCAR races in North America?

Gabillon: Well, I raced in the K&N East series at Watkins Glen in 2014. If I clinch the Euro title, I’ll get the chance to compete in a second K&N Series’ race in the near future. If I find a few sponsors, yes, I would be cool to contest a race in the Xfinity or Truck series, or even the Cup series. There are sponsors that are involved on both sides of the Atlantic, but I am perfectly aware that it would be a very difficult challenge. The cars of the Euro Wheelen and the Pinty’s series are very similar, so if I can win the title in Europe and have the chance to contest a few more races in North America, whatever the category, I’d be extremely happy.

NASCAR Roundtable: Chase Elliott's big win and its impact on the sport