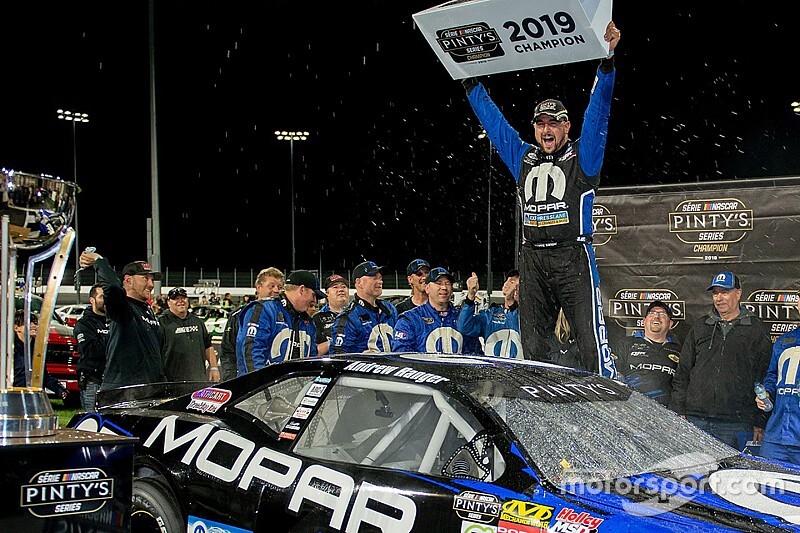 Andrew Ranger finally became a third-time NASCAR Pinty’s Series champion but the most recent took a little longer than the first two.

Ranger finished third fourth in Sunday’s series finale at Jukasa Motor Speedway, one spot ahead of his nearest rival for the championship, Kevin Lacroix.

The difference was enough for Ranger to secure his third series title and first since 2009. He won the inaugural series title in 2007 and earned his second two year later.

Ranger ended the 2019 season with four wins, 10 top-five finishes and never finished outside the top-10 in all 13 races.

“It’s a dream and I’m so happy for my crew,” Ranger, 32, said. “Everybody here works so hard and it’s fantastic to win our third championship.

“I knew that we were really fast, we knew we had to finish in front of him, and we did just that and won the championship.”

Ranger ended up with an 11-point margin over Lacroix, who appeared as if he had a car in the race capable of making up the difference.

Lacroix started the race on the pole after qualifying was rained out, and dominated the first half of the race, locking up bonus points for the most laps led. But following the halfway break, he began to fade.

“We had a fast car today,” Lacroix said. “We went for the win, so we tried an adjustment but it didn’t work out. We are just very thankful for the great season that we had.”

Brett Taylor came away with the race victory, nudging Jason Hathaway out of the way in the final corner of the final lap, picking up his first series victory by leading only the last lap.

Hathaway “gave me enough room on the bottom to race him clean,” Taylor said. “I was super loose and every time I got to his door I had to back off because I didn’t want to blow a tire.