Zarco gets grid penalty for wiping out Oliveira

Johann Zarco has been handed a three-place grid penalty for next month's Misano MotoGP race after wiping out fellow KTM rider Miguel Oliveira during the British Grand Prix at Silverstone.

Zarco and Oliveira came to blows on the ninth lap of 20 during Sunday's race while fighting over 12th position as Zarco attempted a move up the inside of The Loop.

Both riders were unhurt, and Zarco was seen apologising to Oliveira for his move.

A stewards report said the Frenchman was "found to be riding in an irresponsible manner causing a crash" and will therefore drop three grid spots at Misano.

Oliveira was critical of Zarco, saying he felt the crash denied him a chance of a top-10 finish.

"I think he was too optimistic about overtaking there," recalled Oliveira. "It was a shame because I felt I was with a good pace, I was feeling good on the bike.

"I was just there controlling my tyres a little bit, I was not expecting at all someone would overtake me there. I was doing the corner and I just saw the bike come out of nowhere.

"I don't know what he was thinking. He's a two-time world champion with almost three years of [MotoGP] experience, he should know better what to do on the bike and where to do it, and at what time of the race."

For his part, Zarco said: "I tried to overtake Miguel in that very slow corner, and I went into the corner thinking he would see me, because in practice I could overtake some bikes in that place.

"Unfortunately he saw me, but a bit too late. He didn't have time to pick up the bike, and we were [going] so slow, so we touch and we crash. It's a shame.

"I'm really sorry for destroying his race, because also for him it was a good race." 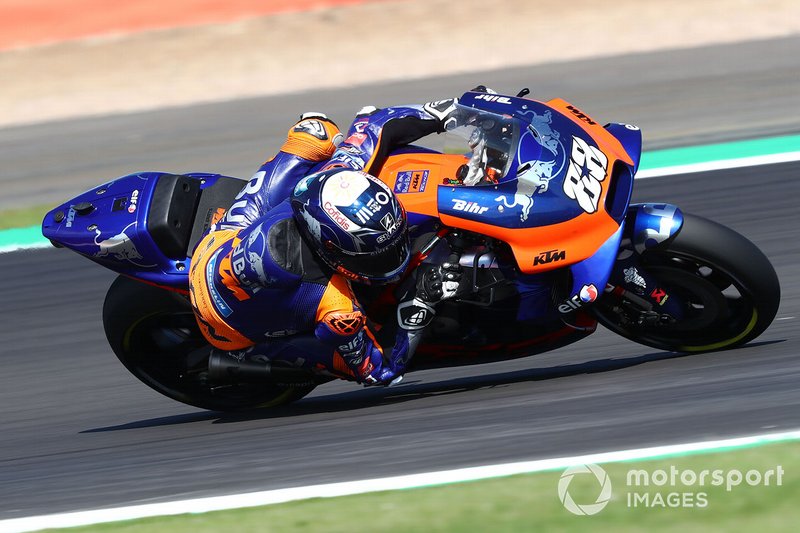